The Gangrel and their unique j discipline are versatile and provided many different archetypes. Some of the most successful were the Stanislava archetype and related Camarilla Royalty builds. Another one is Renegade Assault, using Renegade Garou as main minion. 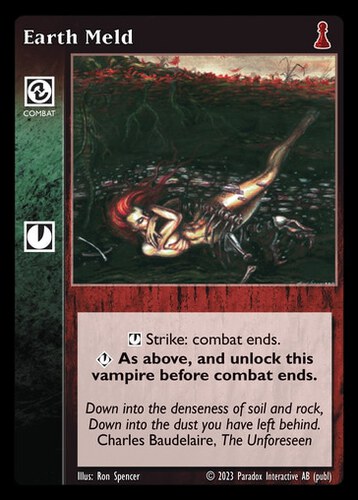 It is considered the best « combat ends » card of the game. It comes at no cost at inferior j, plus gives an unlock option at superior J, still at no cost. 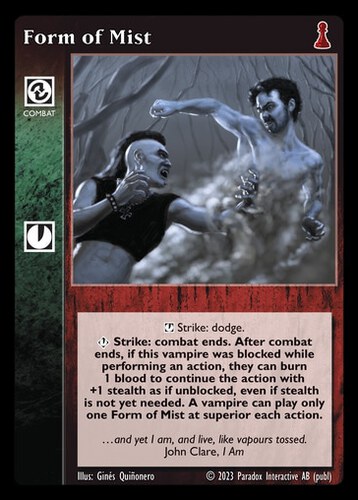 An excellent combination of « combat ends » and stealth, one of the most versatile tool of j. 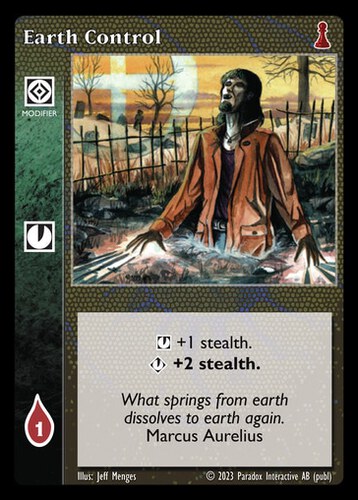 2 stealth at superior J is a strong stealth modifier, totally worth 1 blood. Combined with Form of Mist, this makes Gangrel and their antitribu almost as stealthy as any vampire with o. 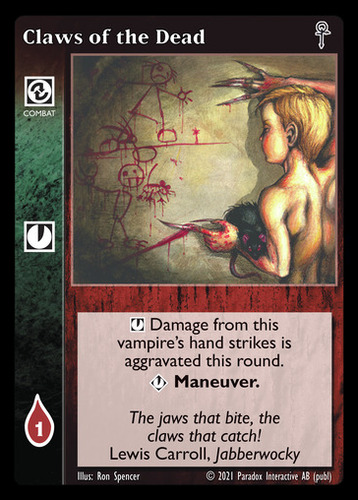 Claws of the Dead
played in 70 decks, typically 1-6 copies

The most dreaded combat card of the j discipline, it is used after strikes have been chosen by both vampires and never wasted against a dodge or combat ends. The maneuver at superior J can come in handy. Finally, it works with a hand strike so Immortal Grapple is useless against it. 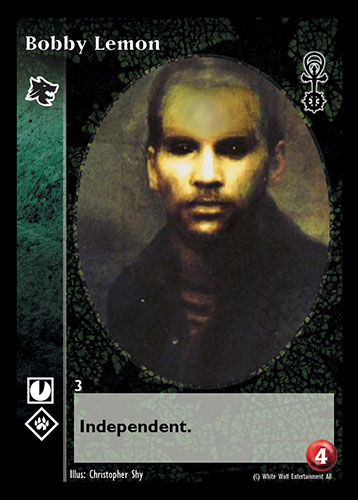 An excellent disciplines combination for just 4 pool, he gets even included in mono i decks. 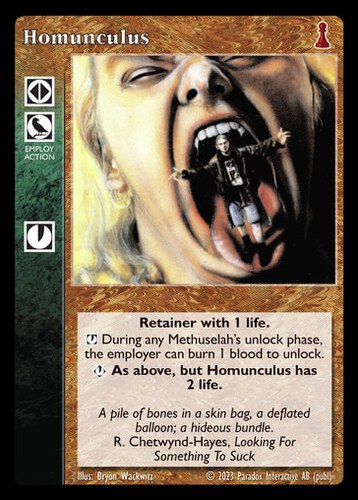 A powerful tool, especially when combined with the cards that allow to act during other players turn: Madness Network and Enkil Cog. 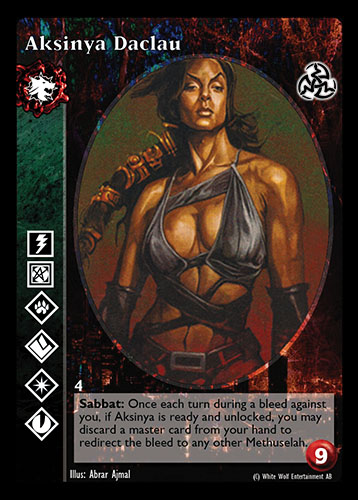 Star of the Gangrel antitribu, her ability is unique. She gave birth, alongside Cybele, to the Girls Will Find Inner Circle archetype. 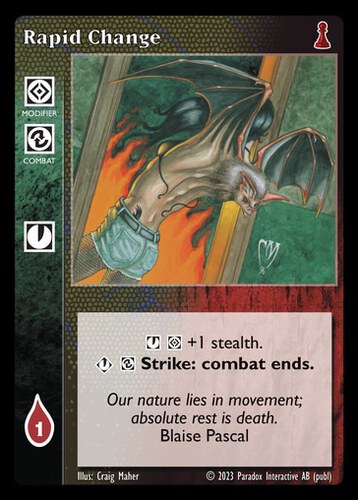 Another stealth and « combat ends » combination. The cost of 1 blood is a bit pricey, but it completes the stealth arsenal of j along Form of Mist and Earth Control. 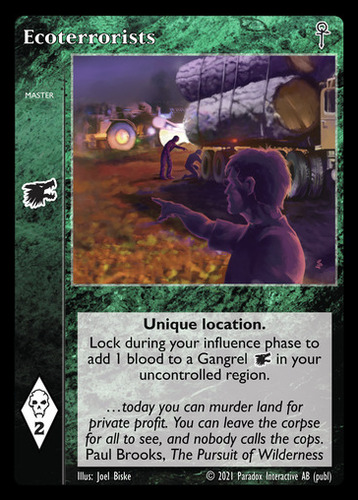 A good bloat device, generating 1 pool per turn, it can also help get vampires into play a bit faster early game. 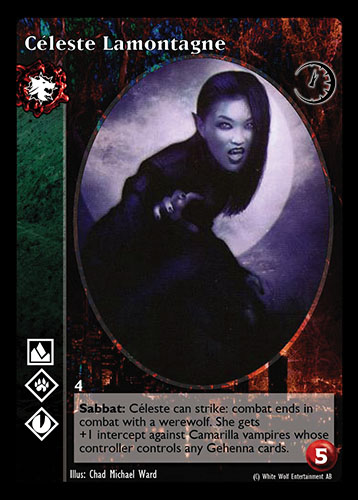 A nice discipline combination for just 5 pool, she gets a place even in mono i decks. 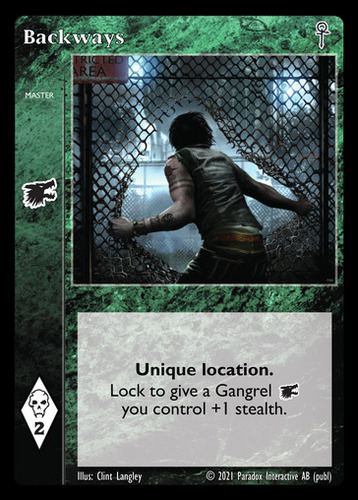 Even if it is a little bit costly, the permanent stealth effect is a good one, moreover if the deck relies on j for stealth. 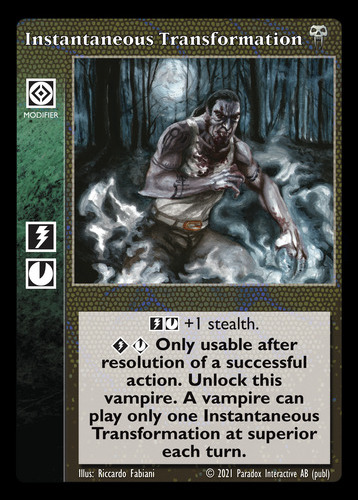 A powerful and versatile stealth / unlock combination, mostly available to Gangrel antitribu, but also to some rare vampires with access to the JC combination. 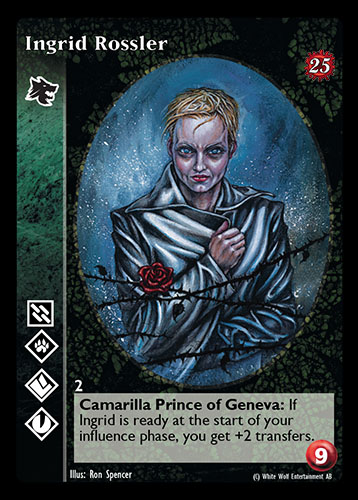 A star among Gangrel, the fact that she has d and is a Prince is a nice combination. Moreover, her bonus in influence can be a very nice edge in the early game. 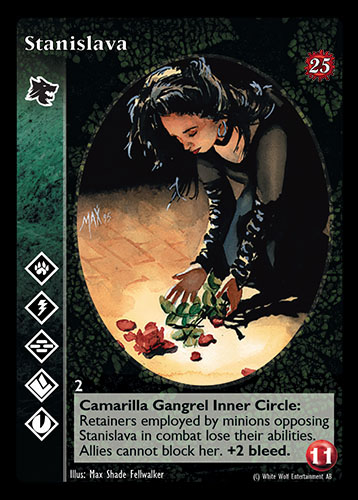 Star Inner Circle of the Gangrel Clan, Stanislava not only has D but also C, giving her access to Instantaneous Transformation alongside Govern the Unaligned and Deflection. Her ability against allies also is quite a nice advantage as many decks use them with The Unmasking for defence. 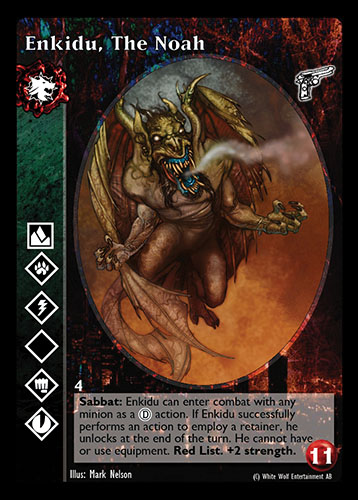 The most dreaded Gangrel antitribu, he has such powerful disciplines and abilities for combat he is often used as the star of a rush deck. 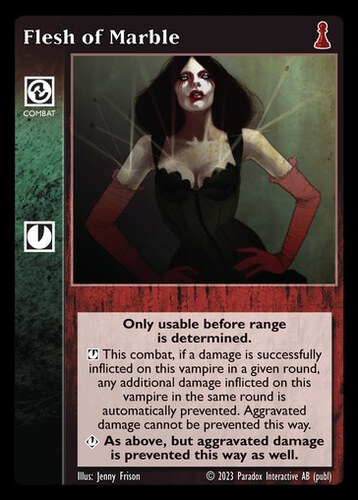 A good damage prevention card, it can handle heavy damage-dealing modules, even those using additonal strikes, with a single card. It is often played alongside Earth Meld as a solution against p combat modules using Immortal Grapple.