The Daughters of Cacophony and their unique m discipline pack some nice surprises, especially on the political front. Two political archetypes features the clan: a pure Daughters Politics and Scout, a mix using Scout Youngwood. 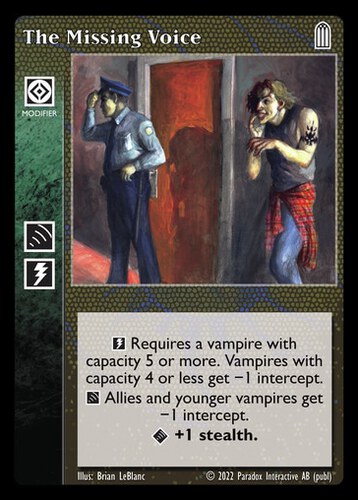 A nice stealth modifier, it can be really helpful against multiple unlocked allies. Anyway, as no other discipline can really help the Daughters with stealth, this is useful. 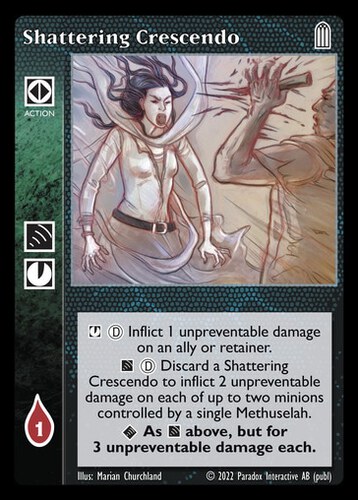 An unusual effect. The ability to bring damage to your opponents vampires with no combat is precious. Multiple copies are needed, but it is worth the trouble. Some decks even spam this card. 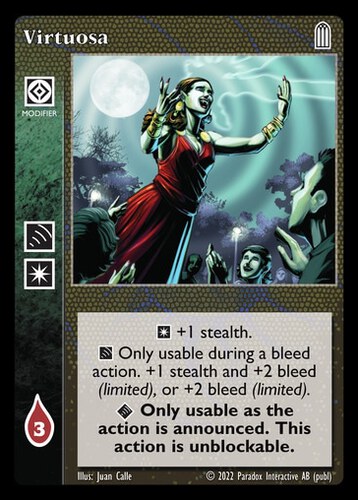 An excellent bleed enhancer, with a block denial option for critical actions. Depending on the deck, it can come in very handy for a lunge. 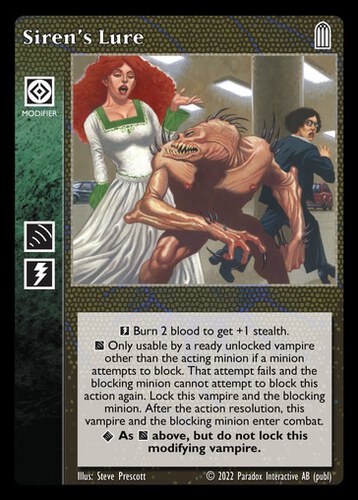 A good way to get critical actions through. Combined with Virtuosa and The Missing Voice, it can build a good stealth - more of a « getting through » - module. 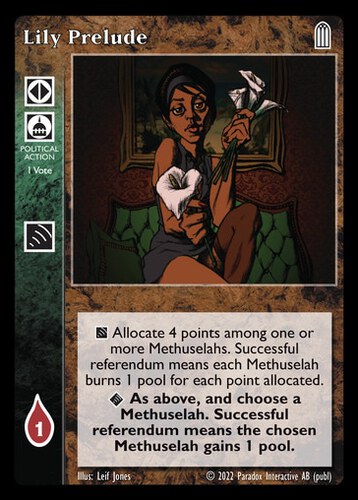 Although only played in Vote archetypes, it is emblematic of the Daughters. An improved Kine Resources Contested: 1 blood to get all 4 damages on one’s prey, plus bloat for 1 pool. 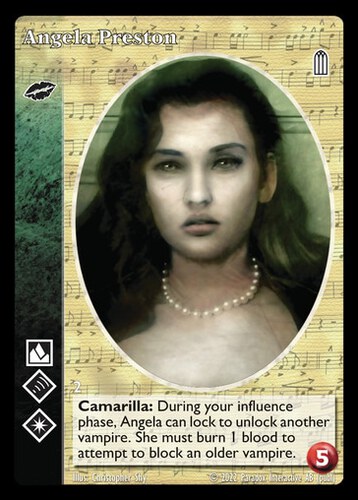 At only 5 pool with superior R and M, she is even played in mono r decks. Her ability to unlock another vampire is nice too. 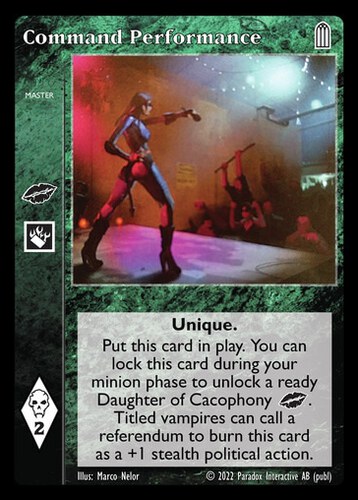 A permanent unlock option is very nice, and 2 pool is a bargain for such a bump in A&B. The burn option even ensures it does not jam one’s hand if the Daughters are not at crypt majority. 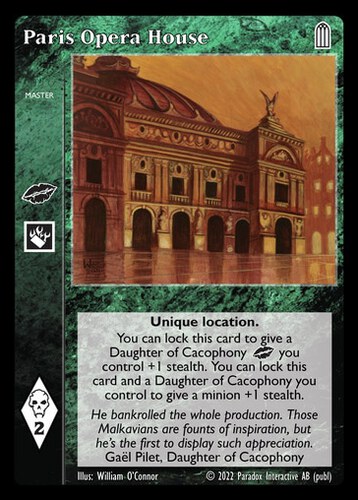 A bit pricey with its 2 pool cost, this permanent stealth location is still worth it given the archetypes played with the clan. The cheaper The Labyrinth and Opium Den are comparatively less valuable as their clan already has access to o.