r is a versatile discipline. It provides a strong bleed, a defensive combat module with Strike: combat ends and good modifiers for votes. 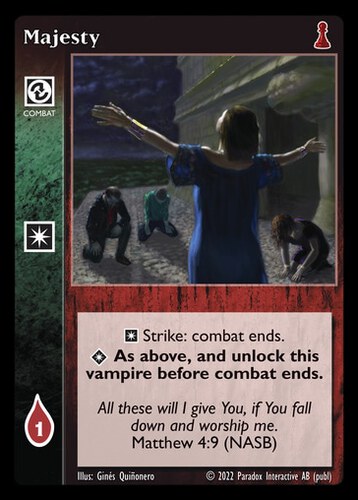 The most played combat ends of r, the unlock effect as superior R is an excellent asset and augments A&B, both offensively and defensively. 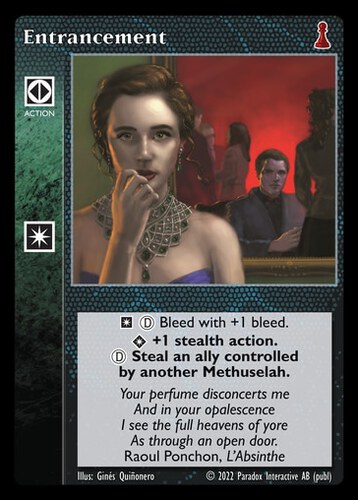 A versatile action. Included for its dreadful superior R effect that can steal a powerful ally, its simple bleed action at inferior r makes it far more flexible than d Far Mastery. 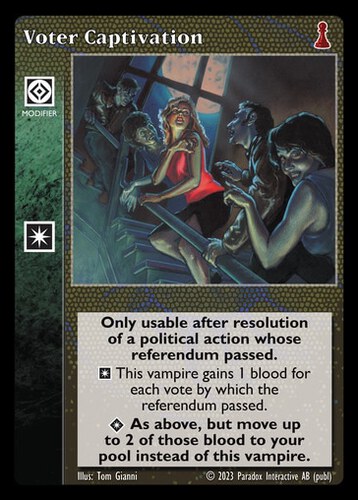 A powerful bloat for vote oriented decks. With enough votes on the table, it can resplenish a vampire easily and make it ready for another Minion Tap and constitues a formidable defense. 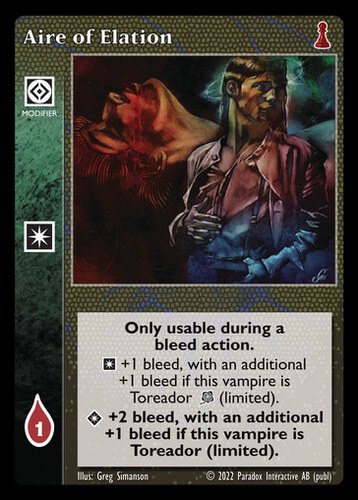 The best bleed modifier of r, it is inferior to d Conditioning, except for Toreador t. Still, such a strong bleed modifier is worth it for decks with no access to d. 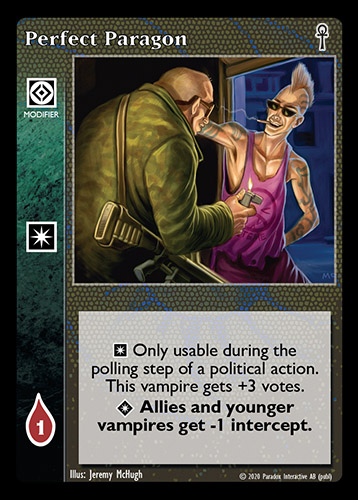 A versatile tool for big capacity vote decks: more votes or a good modifier to help get an action through. 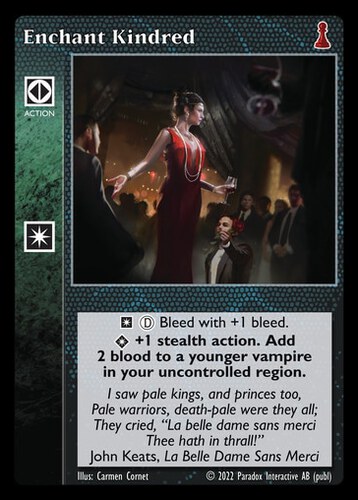 A weaker version of the popular d Govern the Unaligned, it has the same advantages: a good accelerator in the beginning to get more vampires out cheaply, a nice bleed action later on. 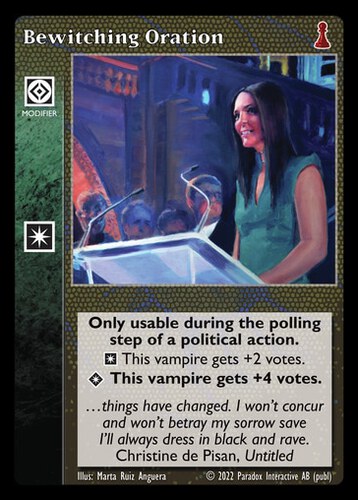 One of the best vote modifier of the game with 4 votes at no cost at superior R. 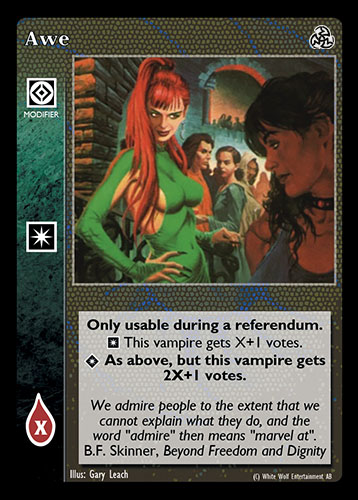 A bit more expensive than Bewitching Oration, it gives a better guarantee to be able to get a vote through and its cost can be mitigated if paired with Voter Captivation.