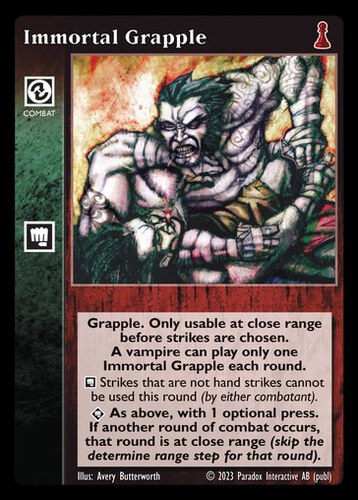 One of the few combat cards that can counter combat ends, it also prevents the use of weapons and dodges. At P, it even gives a press, which can be useful offensively as well as defensively. 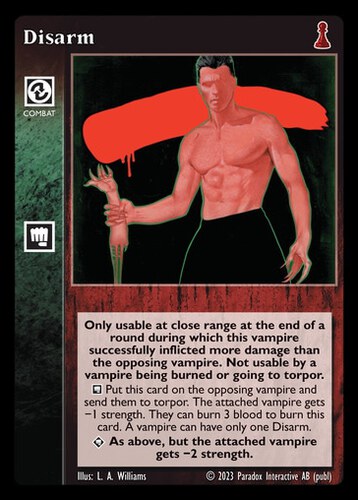 Given the damage potential of p, it can be used after a round of combat more often than not. When combined with c additional strikes or f prevention, it allows to defeat even the most powerful combattants. 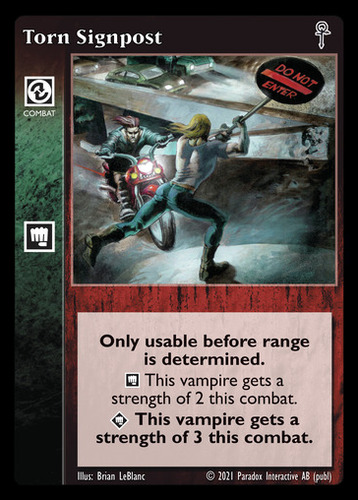 The bread and butter of a majority of p combat modules, it provides +2 damage at no cost and combines well with additional strikes and presses. 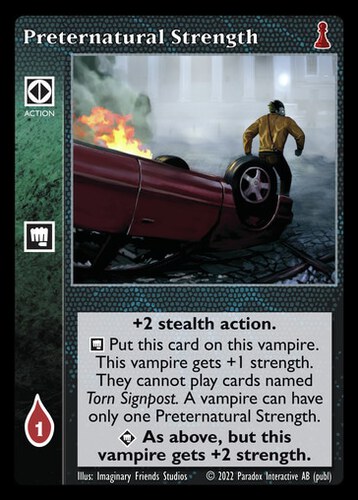 A nice alternative to Torn Signpost when one want to save some card slots in a deck. As it is an action though, it can always be blocked. 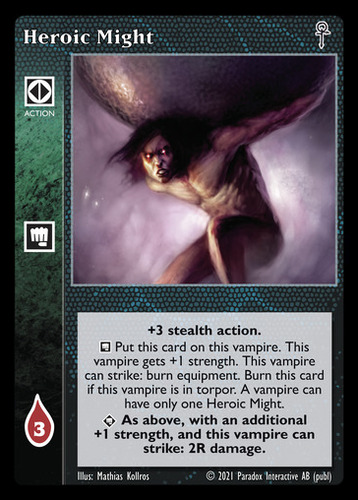 A stronger but more expensive version of Preternatural Strength, that can also mitigate the issue of ranged combat modules. Depending on the deck, one or the other might be better. 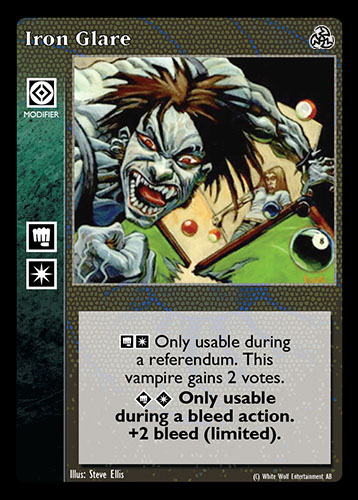 A bleed modifier available to PR decks. It is better than Aire of Elation for non-Toreador t decks, as it does not cost a blood. The alternate use for some votes at inferior can come in handy if the deck has some political actions. 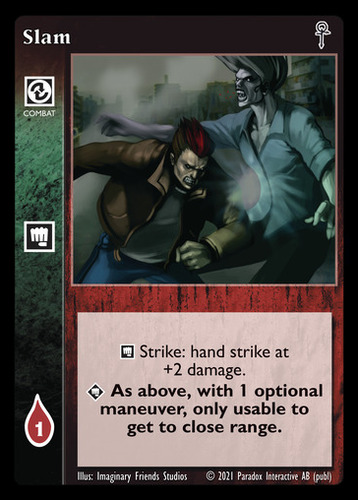 A good strike by itself, the maneuver is useful for pure p modules that do not have better options for maneuvers. 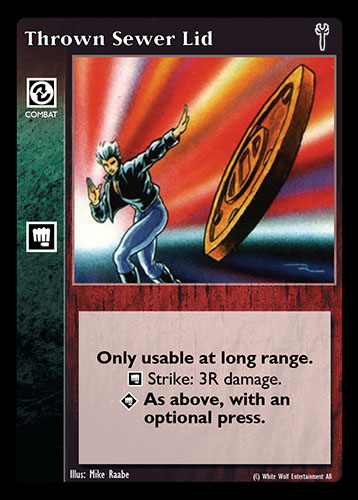 An excellent long range strike, it can also be used as an alternative against long range combat modules. In this case however, not too many copies can be included as it can jam the hand. The press at superior P is a nice plus, especially against a crippling Sniper Rifle.