c provides an excellent combat module. Its ability to manage range and deliver additional strikes is much appreciated. It also gives access to some of the best combo cards with f, a, r and j. 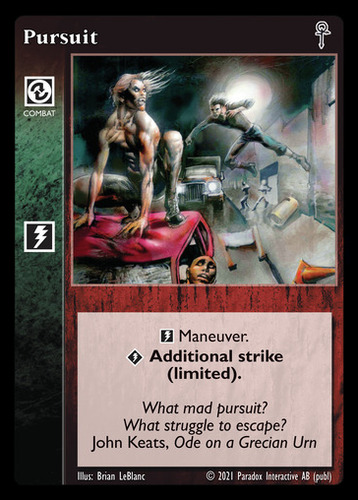 The core of combat modules using c, it provides range control with the option to deliver an additional strike instead. The card is highly usable and does not jam the hand the way a simple maneuver would. 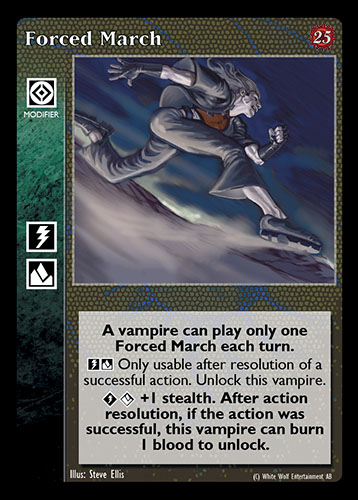 An excellent modifier, even at inferior cf: an unlock at no cost is a very good A&B enhancer. At superior, it can even provide a little bit of stealth for a combination of disciplines that do not have much of it. 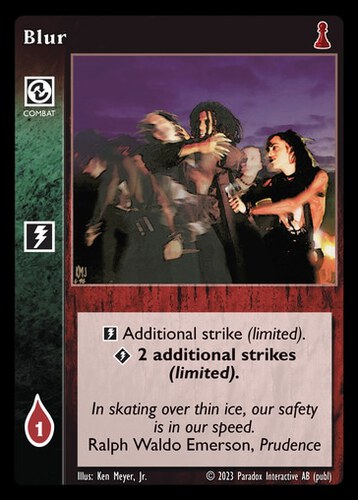 A serious enhancement for any combat module, the ability to deliver not one but two additional strikes is unique to c. 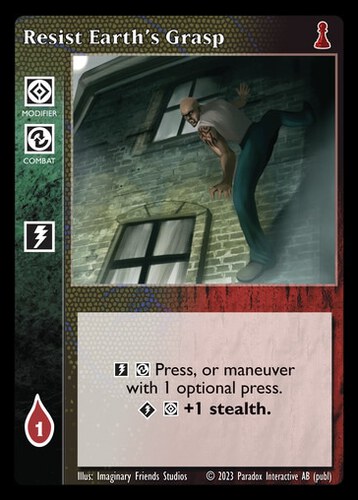 Its 1 blood cost is balanced by the fact that it provides good combat options (maneuver, press) along with a very rare stealth bonus at superior C. 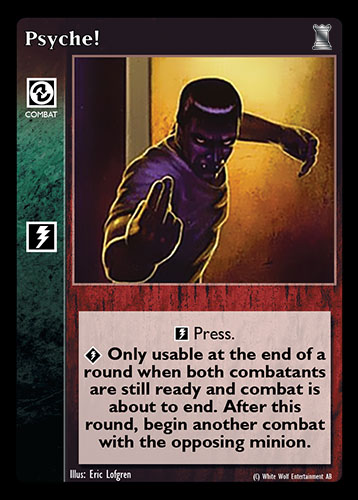 The ability to start a combat anew is one of the best counter against Combat Ends effects. Only a few cards in the game provide this effect, so it is a real asset for c combat modules. 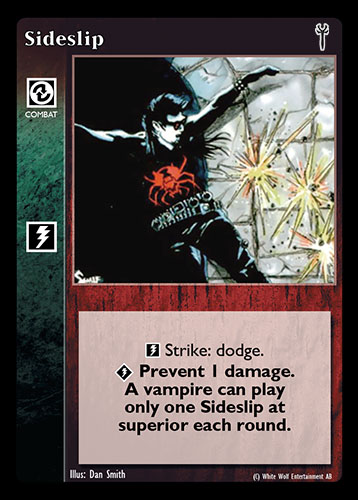 A versatile defensive tool, it is unlikely to jam a hand too much, and the dodge or the damage prevention can save a vampire from a lethal blow. Pursuit and Sideslip provide more options and versatility at no cost than using Acrobatics, for example. 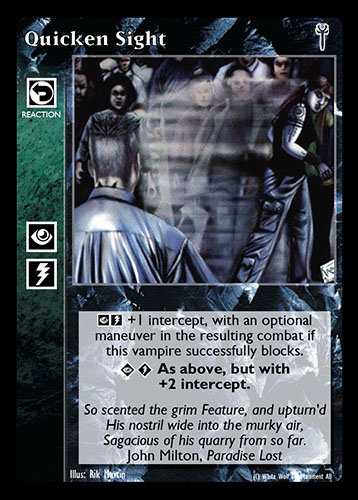 A good intercept reaction: +2 intercept bonus at superior CA, stackable with other a reactions, is already good enough. The additional maneuver is a nice touch, as ca constructs often use guns in their combat module. 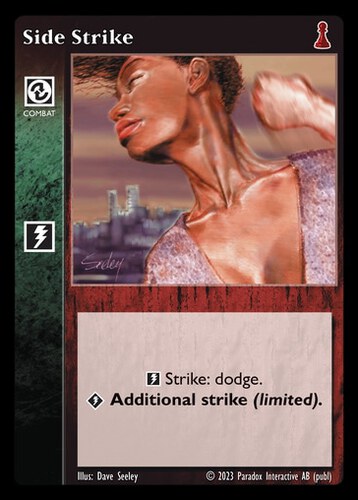 A versatile combat tool, its effect can be either defensive (dodge) or offensive (additional strike) depending on the situation. Although not as powerful as Pursuit or Blur, it is yet another source of additional strikes that can let the vampire avoid problematic strikes from the opponent.