d is the most played discipline of the game. It provides an excellent bleed module, good bloat and the best bounce in the game. More than a third of winning decks use this discipline. 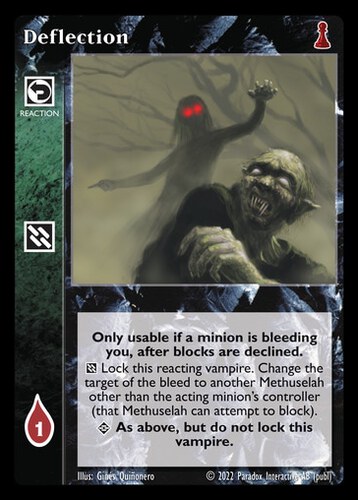 It is the best bounce of the game. At superior D, it can be chained multiple times by the same vampire, an incredibly effective defence against even the most severe bleed constructs. 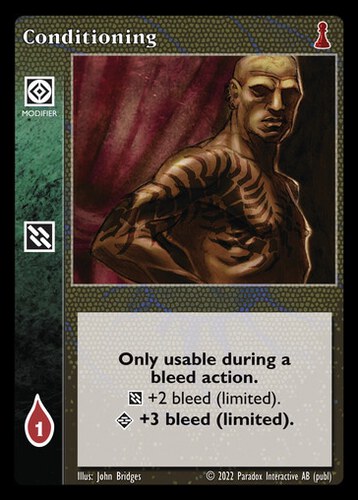 It is the best bleed modifier of the game, and can be associated with Govern the Unaligned for a 6-pool bleed. The ability to use this modifier only after blocks have been declined makes it superior to bleed actions. The 1 blood cost is a bargain. 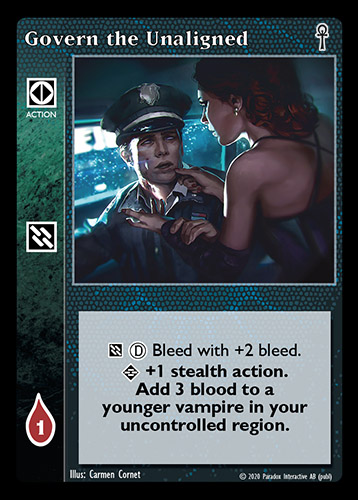 An incredibly versatile tool, it helps getting more vampires out for cheap in the beginning of the game, and provides an excruciating bleed later on. 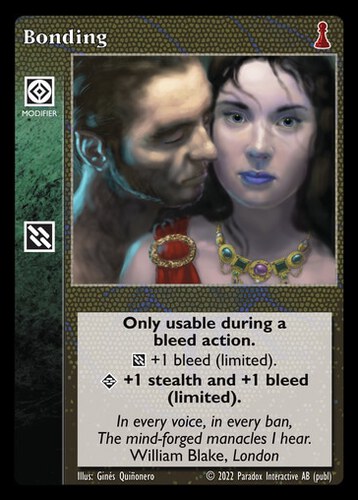 Clearly it dos not have the same impact as Conditioning in terms of pool damage, but the +1 stealth is invaluable for decks with no alternative discipline for stealth. 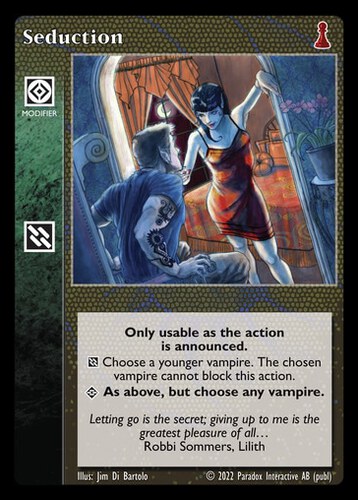 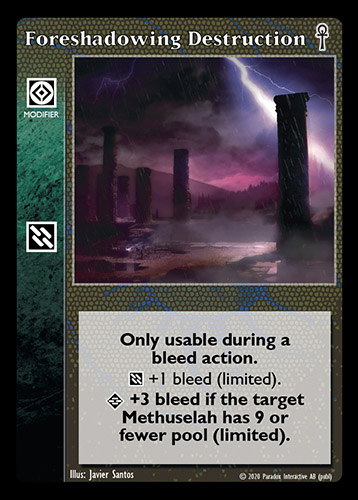 An excellent lunge device, it has the same pool damage as a Conditioning at no cost, provided the prey is low enough in pool. Having both modifiers in hand can also be a good way to get around a Direct Intervention, as the modifier countered this way cannot be played again during the same action, but the other can. 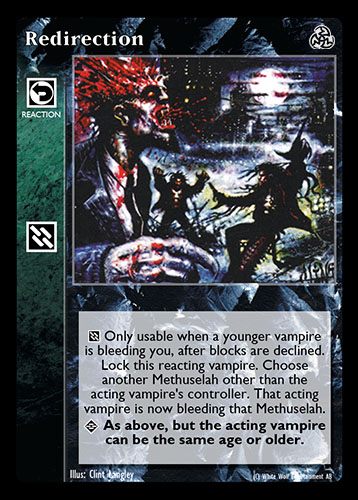 An alternative to Deflection at no cost, it is only used when D is vastly prevalent in the crypt. Even then, Deflection is still often preferred because it can be chained multiple times as the minion does not lock. 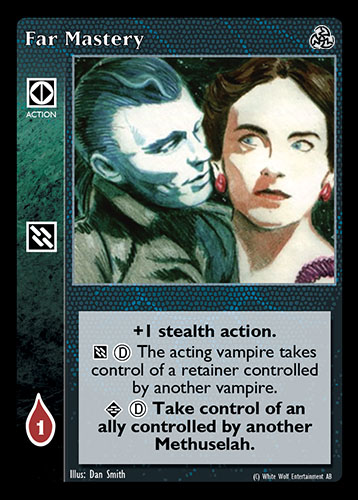 An excellent action to get rid of cumbersome retainers and, more importantly, allies. The 1 blood cost is a bargain.