Brujah and their antitribu have some vampires with excellent abilities and good clan cards. Their rpc disciplines combination give them access to excellent combat options (hindered by lack of damage prevention) and good political tricks. The most played archetype for the clan is the Euro Brujah, using Brujah princes with d. The antitribu, especially with Armin Brenner, gave birth to interesting vote constructs, too. 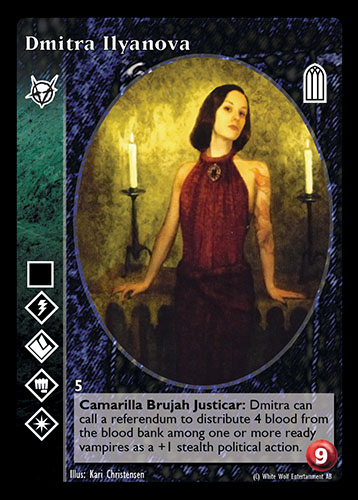 Her Justicar title combined with R, o and a good political ability makes her an excellent tool in many Camarilla vote constructs. Her access to F also gives her the ability to play Forced March for additional actions. She is definitely the star of the clan. 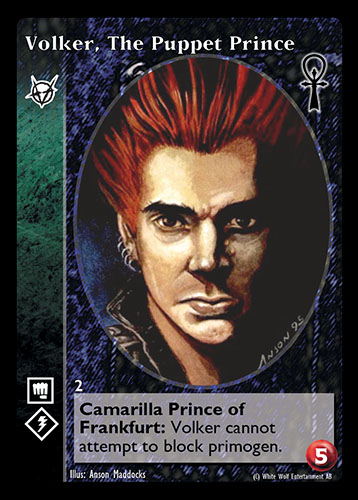 Volker is one of the cheapest Prince around, and he finds its place in many Camarilla Royalty decks. Its superior C also makes him a good asset in other C decks — he founds an easy place in Toreador t AAA archetype for example. 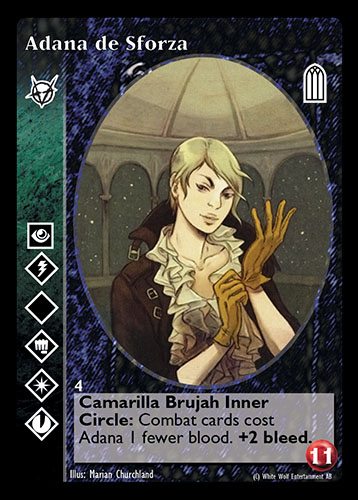 With the OR disciplines, she finds her place in Inner Circle decks using these disciplines. 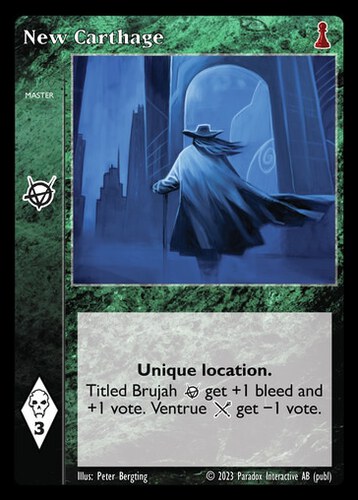 As Brujah have a lot of good titled vampires among their ranks, this location often finds its place amidst them as the cornerstone of their offensive strategy. The bonus in both vote and bleed is a definitive edge. 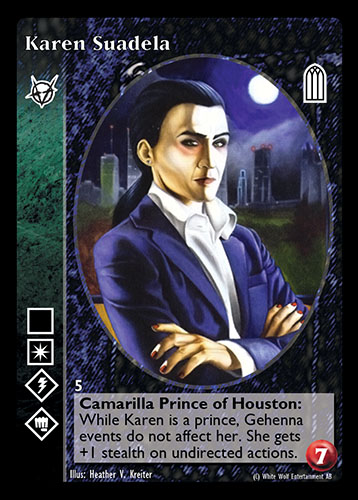 A Prince with or and bonus stealth on political action, she makes a perfect partner for her Justicar Dmitra Ilyanova, often alongside Tara. 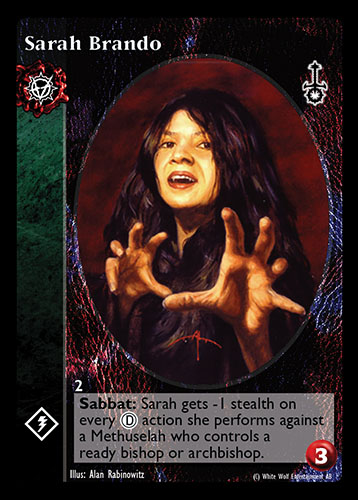 A cheap vampire with superior C, she gets a spot in many C decks. 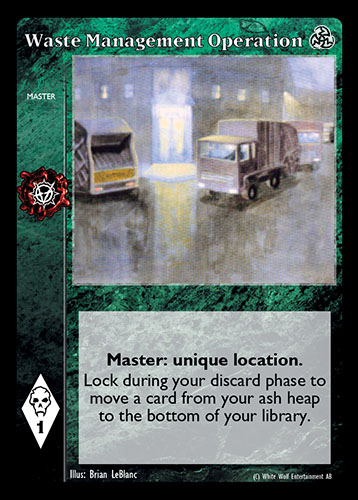 A decent recursion helper, although getting the cards on the bottom of the library is more useful if you get to shuffle it at some point. 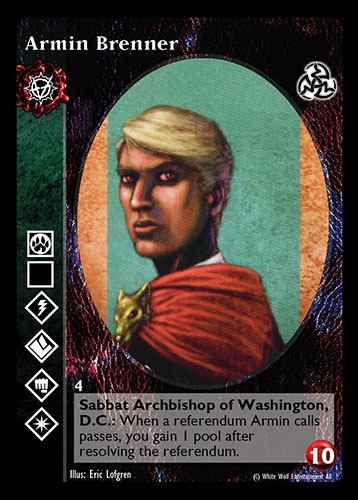 A good voter with an excellent ability, his access to o and F are very strong points as he gets to play some stealth and Forced March for additional actions.