The Camarilla is the first sect (publication-wise), and it offers unique and powerful tools to its members, especially when it comes to politics. 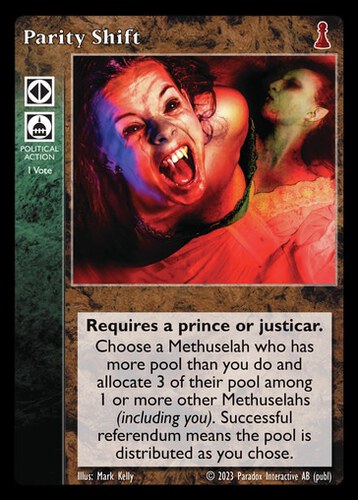 One of the best vote available with its -3/+3 pool effect. It was even more powerful before the september 2019 errata, when the score would equal the number of Methusalah in play, for a devastating -5/+5 effect early game. 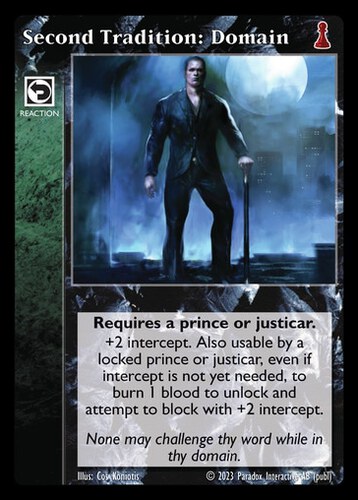 Only available for Princes and Justicars, it is one of the most effective reaction of the game. Not only does it unlock — not just wake — the vampire, it also provides a solid +2 intercept bonus. Furthermore, the reasonable blood cost of one is only paid when the unlock effect is needed. 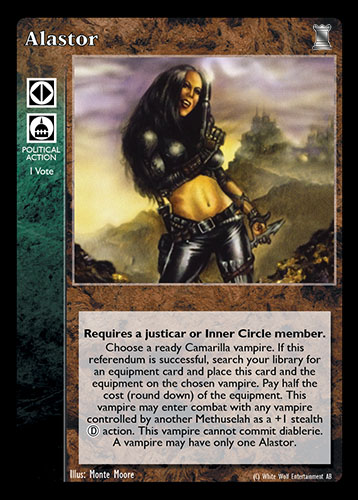 Although only available for Justicars and Inner Circles, this vote let them fetch costly equipment at a bargain, like an Helicopter or an Assault Rifle. Combined with a strong weapon, the option to enter combat becomes dreadful. 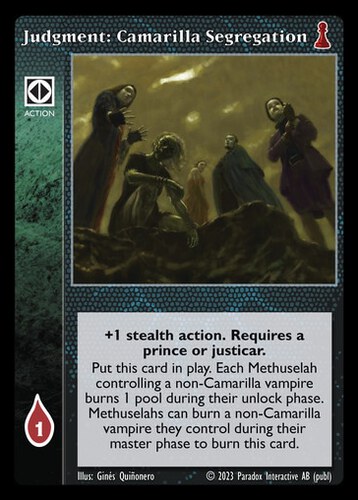 A decent pool damaging action, although more efficient votes like Kine Resources Contested are often preferred, it can also find its place in non-political decks. It can account to a serious overall amount if played early enough. 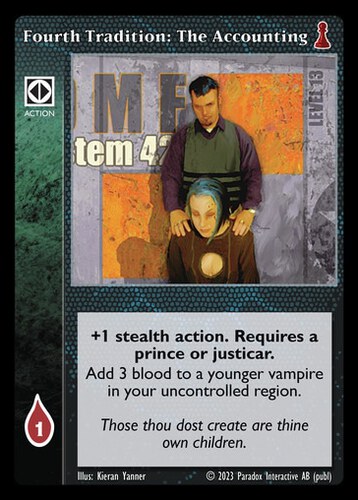 Reserved to Princes and Justicars as all traditions, this one helps getting more vampires out faster and cheaper, a useful asset for those who do not have access to the more versatile Govern the Unaligned. 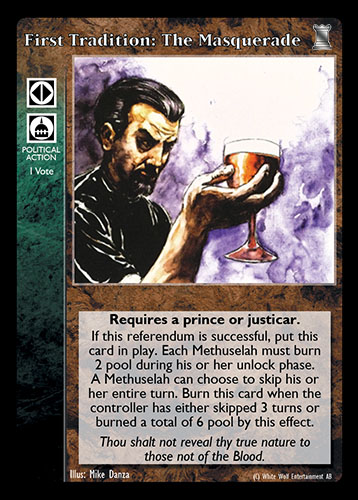 Reserved to Princes and Justicars as all traditions, it can stack and lock down a table pretty quickly provided one has enough blood to pay for it. The obvious drawback is that it can quickly focus a lot of table hatred on the Methusalah who played it. 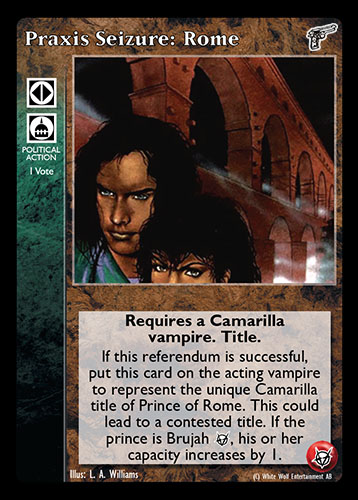 Some Praxis give a capacity bonus to a specific clan. The Brujah

one is slightly more played because they have powerful cards for their Princes like New Carthage and Carthage Remembered. 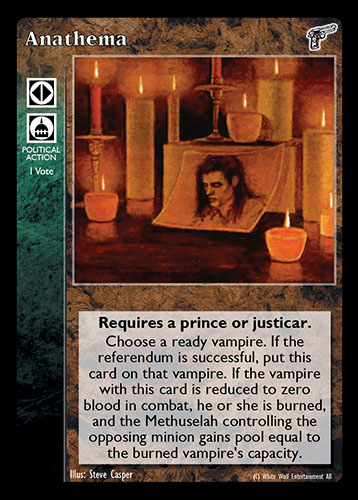 A powerful bloat device, although a bit tricky to land: one needs both the stealth and votes to get it through, and a combat module strong enough to trigger it. A vote most often seen played by the Brujah