The Laibon offer unique tools to its members all around, be it for block, combat, politics or bleed. 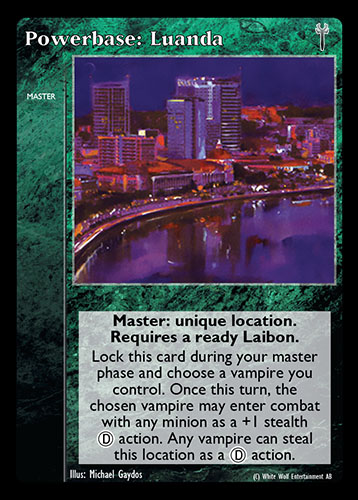 An excellent card for combat-able Laibon decks, it provides a bit more the rush capability at no cost. 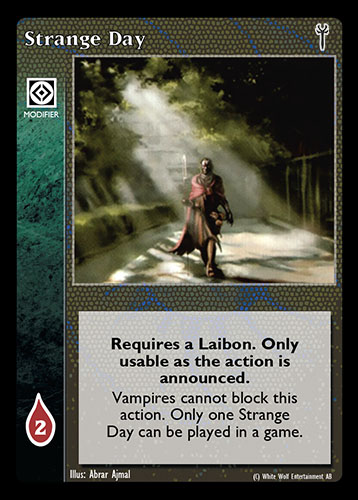 A definitive lunge device to get a critical action through, its high blood cost prevents to play more than 1 or 2 copies in a deck. 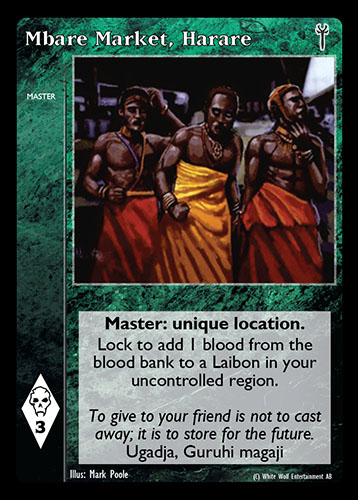 A decent bloat device for Laibon, although it is a little bit pricey compared to similar clan cards like the Toreador t Art Museum. 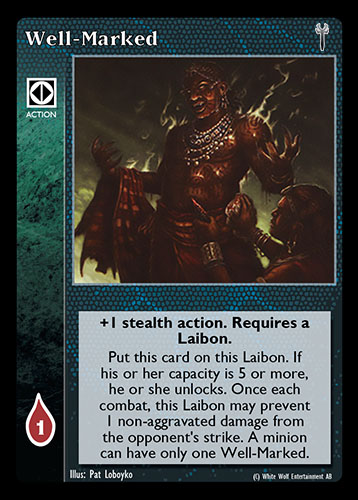 A good prevention effect at a low cost, it is an easy inclusion in combat-oriented decks. 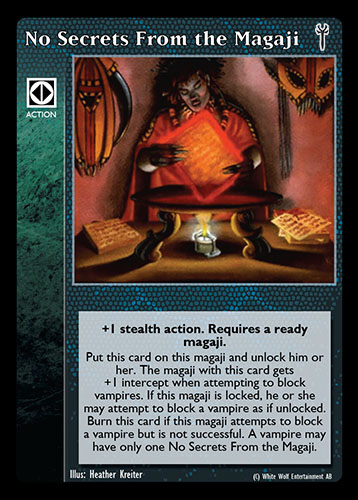 No Secrets From the Magaji
played in 46 decks, typically 1-5 copies

A powerful interception device for the Magaji, it compares to the Camarilla's Second Tradition: Domain. Althoug intercept is lower, the permanent wake effect is exceptionaly strong. One must not fail a block to keep it, so a bit of interception enhancement is appreciable. 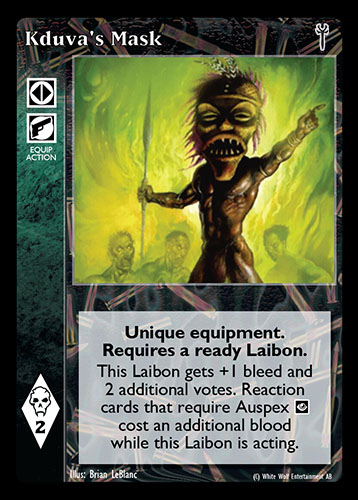 A bit pricey for just the bleed bonus, it becomes a worthwile addition in political decks like Ishtarri Politics. 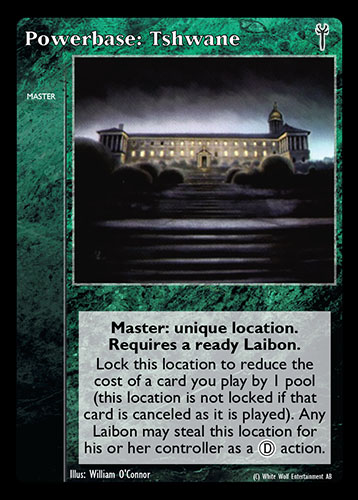 A good pool reduction that can amount to a very decent bloat if played alongside enough pool-costing cards. Even just reducing the cost of other master cards can be enough to include it. 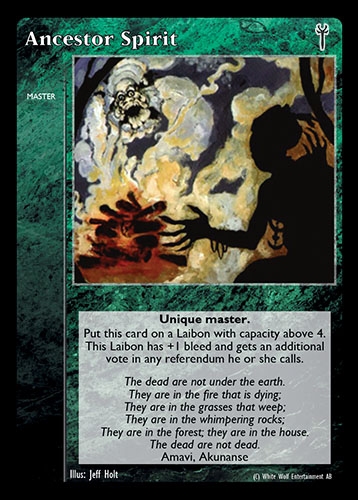 A bleed and vote enhancer at no cost: an easy inclusion in many Laibon decks.