n provides a wide range of possibilities, including more than its share of ash heap manipulations. 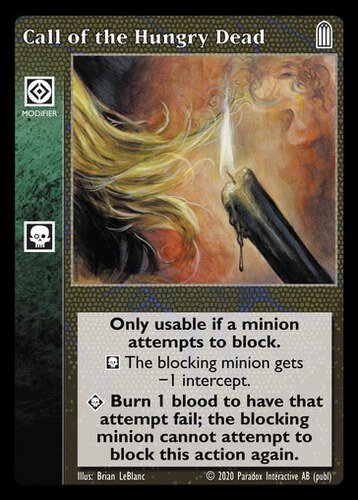 Call of the Hungry Dead
played in 137 decks, typically 3-7 copies

Played in most n decks, it is an excellent block denial card. Combined with Seduction, it can get any action through without even fighting for stealth. 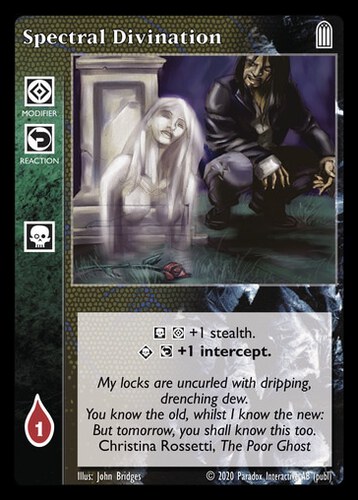 A very versatile card, although the 1 blood cost is a bit high. 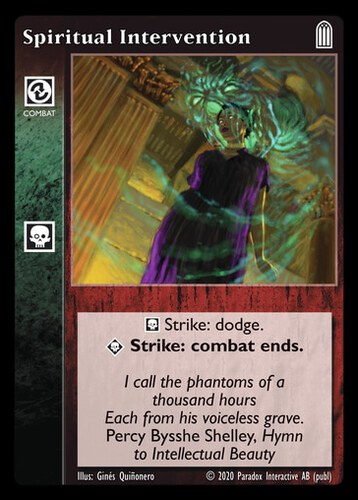 An excellent defensive combat card, providing a combat ends effect for no cost at superior N, and still a useful dodge at inferior n. 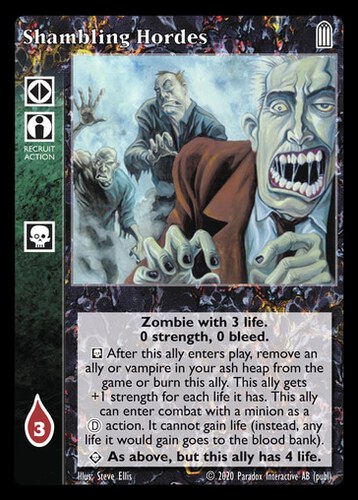 An excellent ally with solid combat abilities. A bit tricky to play or include in a deck, as it needs an ally or vampire in the ash heap already. 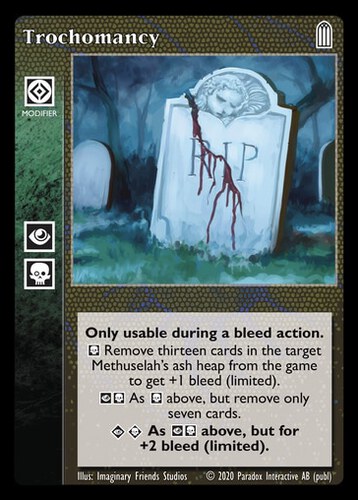 Generally inferior to the newer Inevitability of the Void, it's an excellent bleed enhancer, and its effect can be a good deterrent against Ashur Tablets. 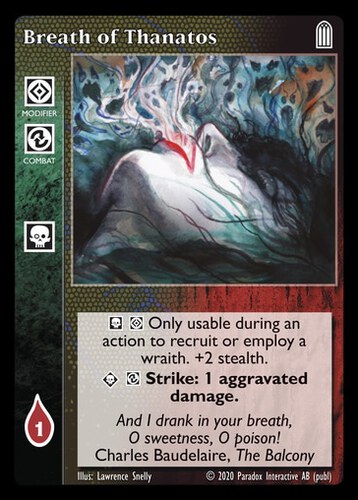 Although less used than the defensive Spiritual Intervention, the aggravated damage at superior N is dreadful, even more so when combined with Target Vitals. If the deck uses wraiths, the card becomes very versatile. 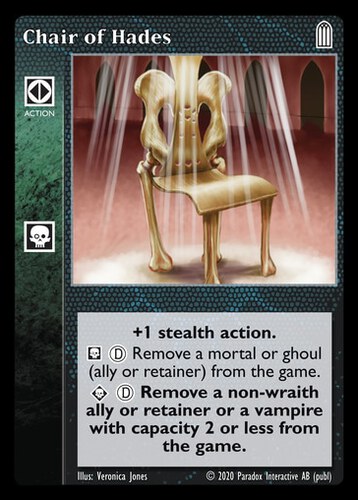 An excellent ally remover at no cost, it can even be used against low capacity vampires. 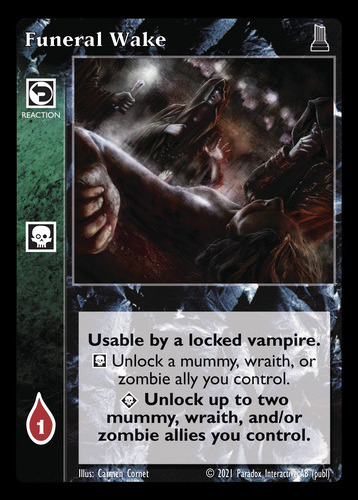 A decent wake reaction, it becomes very good in allies-oriented decks once The Unmasking is in play.