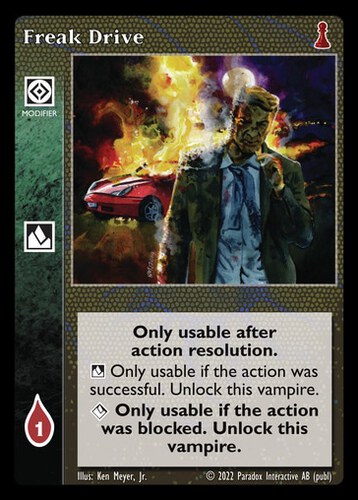 By far the most played f card, this is a straight-up A&B enhancer. The 1 blood cost is a bargain, although vampires with access to c can use the cheaper Forced March. 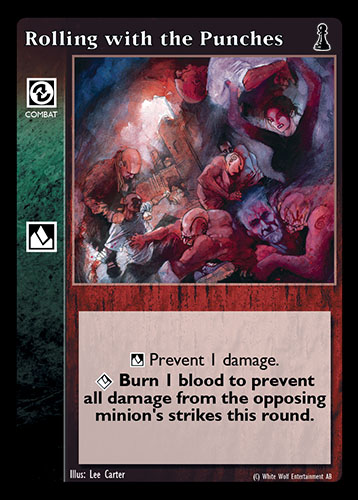 Rolling with the Punches

The best damage prevention of the game: its inferior version is easy to use and the superior version is efficient against high damage, additional strikes and aggravated damage all the same. 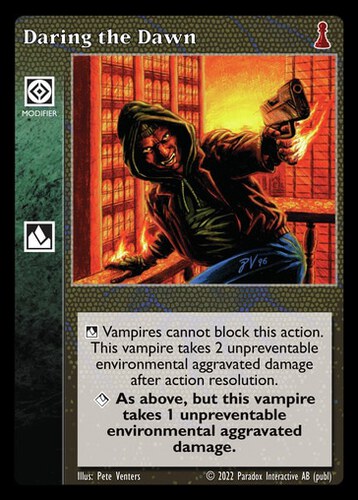 An efficient block denial. It is a good tool to deliver a finishing blow when no good stealth discipline is available, even with such a drawback. 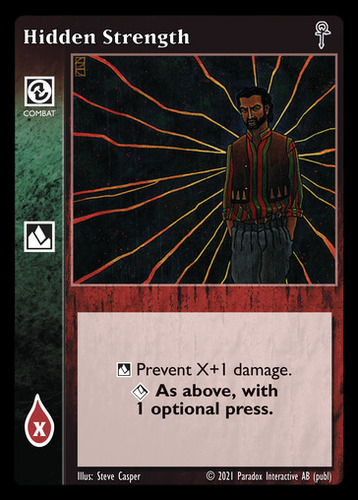 An excellent damage prevention at inferior f: it is easy to use and will not jam a hand, plus it prevents aggravated and defuses Taste of Vitae as well as Disarm. The optional press at superior f can also come in handy. 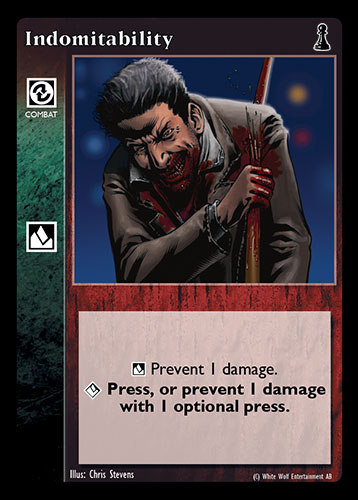 A good damage prevention at no cost, easy to use with a useful optional press. Contrary to Hidden Strength, its press can be used even if the opponent inflicts no damage, for example if he uses a maneuver to try to avoid damage. 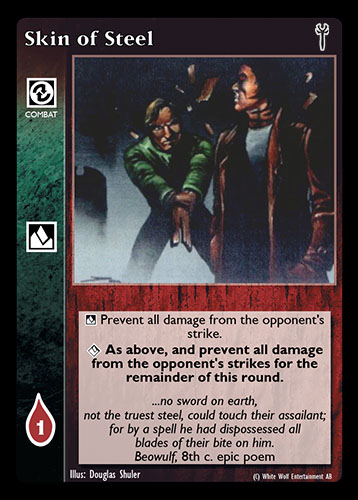 Not as proficient as Rolling with the Punches, it is used in decks where f is more common than F. 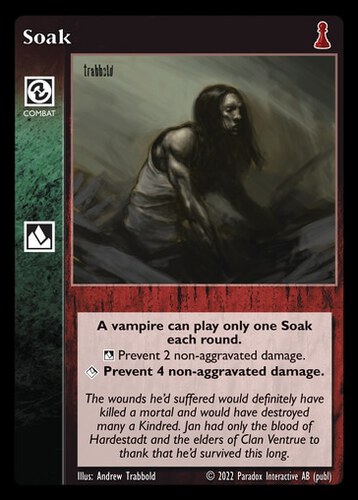 High damage prevention at no cost, it is efficient against light combat modules using Weighted Walking Stick or Carrion Crows. However, it is useless against additional strikes and aggravated damage. 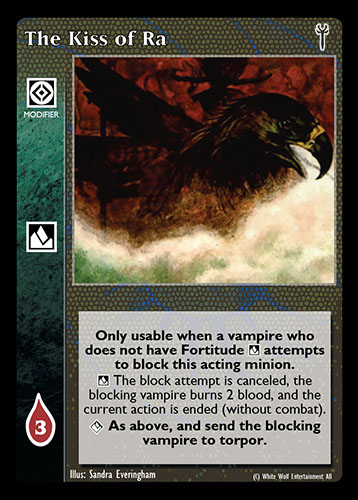 The Kiss of Ra

A costly modifier, but potentially destructive. Often seen in bleed or vote decks with low stealth.