o provides the best stealth in the game, as its name suggests. 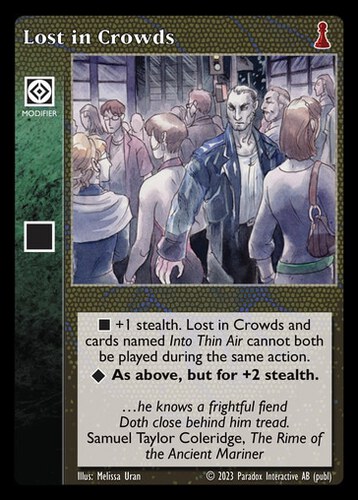 The best stealth money can buy, played in almost all o constructs. 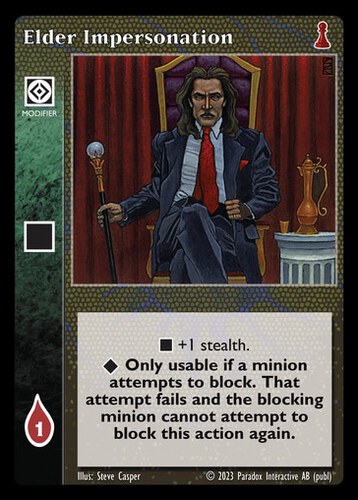 This block denial modifier comes in very handy against a single minion. It works against all minions and vampires and can bypass even high levels of stacked intercept. 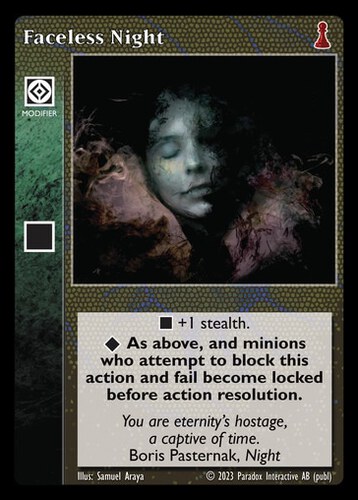 A single unlocked minion can be hard to get around if multiple actions are in order. This is an excellent tool in this case as it locks the defending minion on the first block failure. 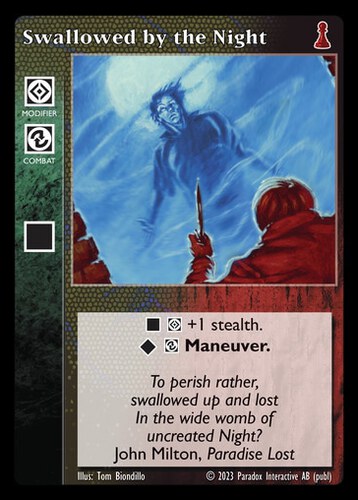 Swallowed by the Night

A versatile stealth modifier, the maneuver option comes in handy, either to assist a combat module, avoid combat damage, or just avoid jamming the hand with unrequired stealth. 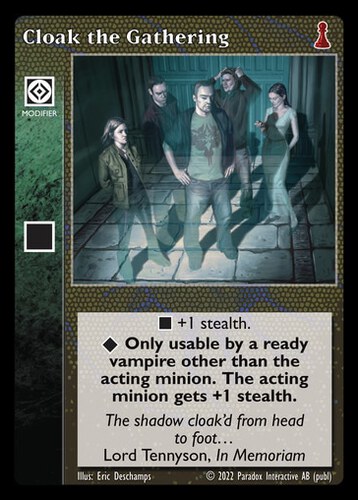 An additional source of stealth that becomes an excellent tool when some minions do not have o. It can also be stacked, by the vampire doing the action himself, then by another vampire with O. 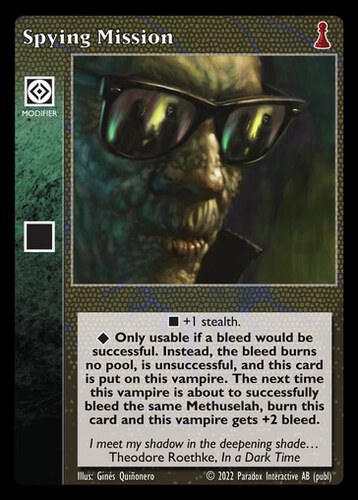 An additional stealth modifier to stack over the most widespread ones, it is also a counter against bounces: it allows one to aoivd dealing pool damage to an ally when a bleed is bounced. 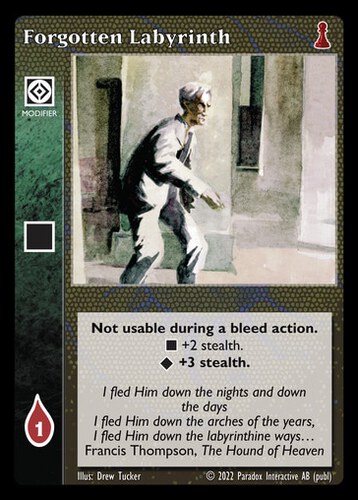 Especially useful in decks with a political module, it gives such a very high bonus to undirected actions. Its uselessness for directed actions still makes it absent from a lot of o modules. 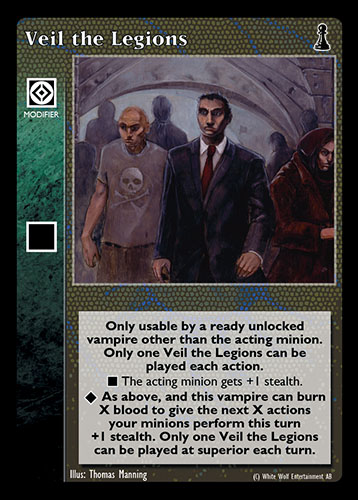 Less widely used than Cloak the Gathering because it requires a sidekick , its efficiency increases in decks with many minions: a vampire with O can give +1 stealth to multiple consecutive actions, a nice setup for a lunge move.