The Salubri and their antitribu are a rare sight in tournaments. This could change following the Lost Kindred expansion release in 2018. They have unique disciplines, respectively b and l. For now, they are seen in mainly two archetypes: Saulot & Friends, a wall deck featuring Saulot, The Wanderer, and Spirit Marionette, using b and the eponymous Spirit Marionette. 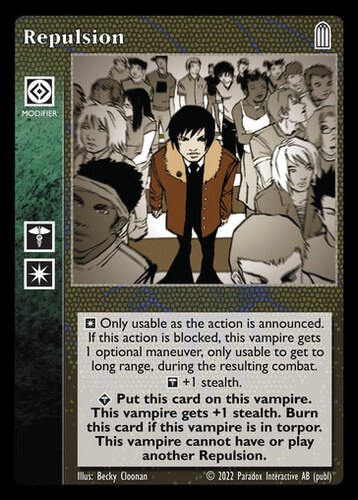 A good stealth modifier that can become permanent. An excellent way for Salubri to bump up their game as they do not have access to many other stealth enhancer given their clan disciplines. 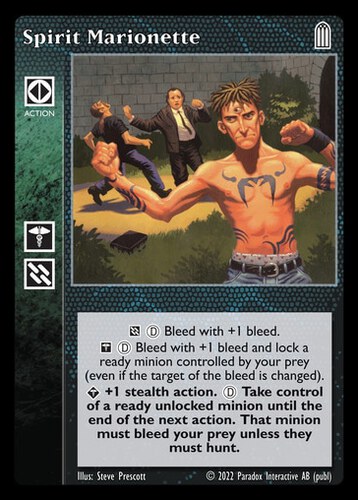 An iconic card of the b discipline, it has brought up an archetype of its own. Stealing an opponent minion is always good, the central issue is to abuse, cripple or destroy it afterwards. 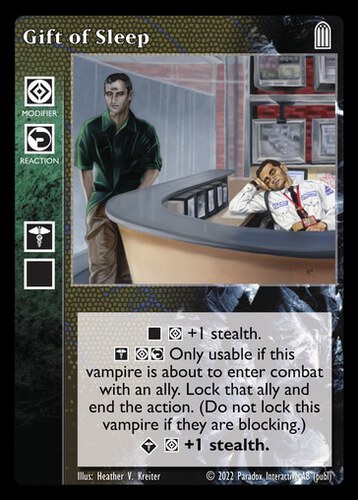 A second stealth enhancer, still at no cost, a good card for B. 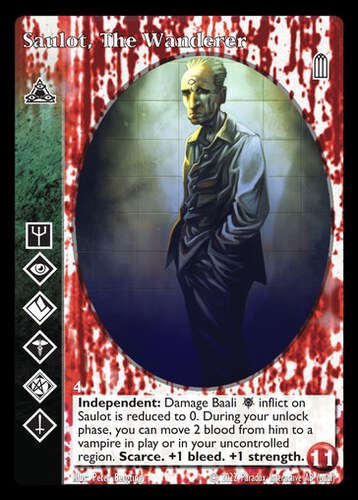 Star of the Salubri clan, Saulot has both B and L at superior, along a nice set of disciplines. His abilities are also impressive.

Bringing back any big capacity vampire to full capacity is a good way to bloat, but also a useful bargaining chip to barter for big favors or even a game-changer. This is the only card of the game allowing this along Giant's Blood.

An excellent combat ends at superior B, it is a bit weak at inferior b. The fact that it's still a hand strike makes it a good counter to Immortal Grapple. 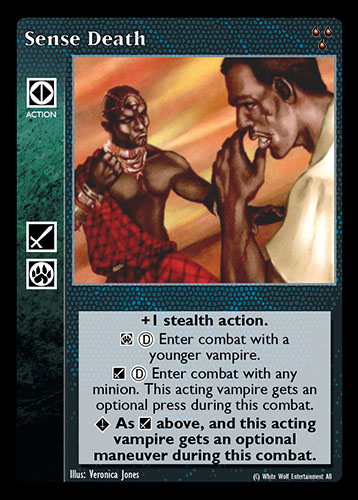 An excellent rush action, with high maneuverability and a most desirable +1 stealth. It is even played in some i decks as a stealthy alternative to Deep Song. 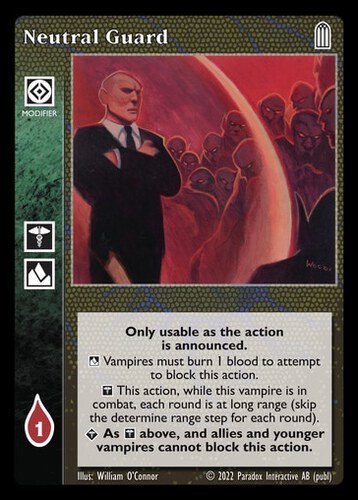 A good block denial at superior B for a big capacity vampire like Saulot, The Wanderer.