Caitiff are rarely played on their own, but they often offer low capacity vampires that can complete crypts for other clans and builds. Now a clan, they were before considered as vampires without a clan: it explains why they have no library clan cards at all. 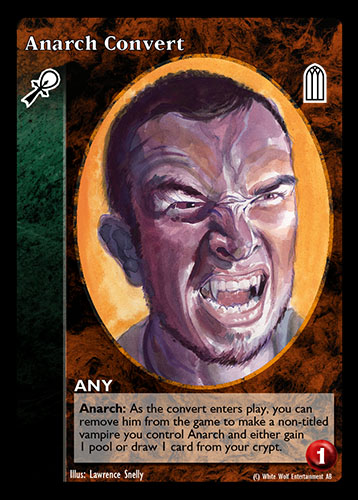 The most played Caitiff by far, he is an easy and relatively cheap way to make vampires Anarch, and can even be used to smooth crypt rotation a bit. 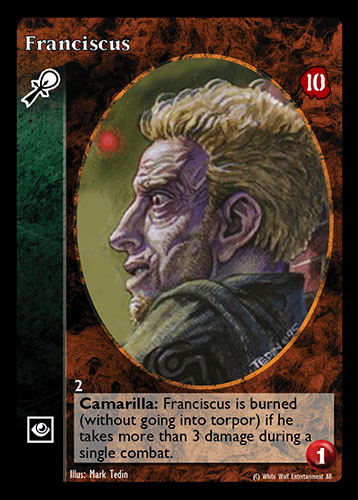 Seen in a builds, alongside Zöe and Isabel de Leon, he is often included in Weenie AUS decks. 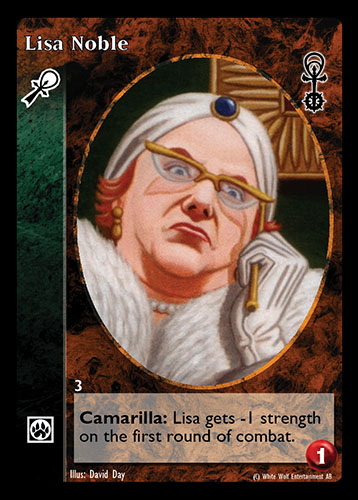 Seen in i builds, alongside Zip and Stick, her downside is not an issue when coupled with Aid from Bats. 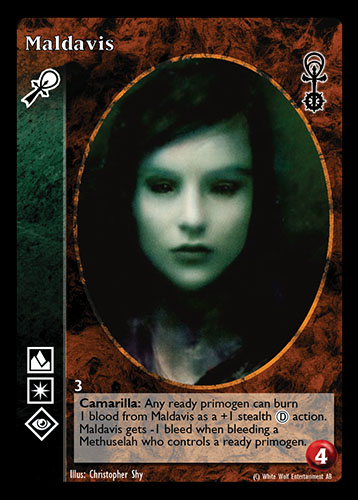 Often seen in A builds, sometimes alongside Neighbor John, her downside is rarely a problem and 4 pool for superior A is relatively cheap. 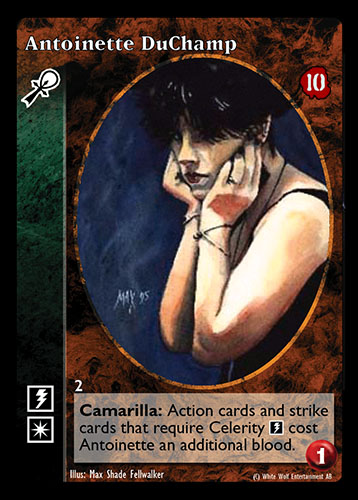 Two disciplines for 1 pool is relatively cheap moreoever her group makes her an easy inclusion. She is most often seen algonside other Caitiff in very fast crypts. 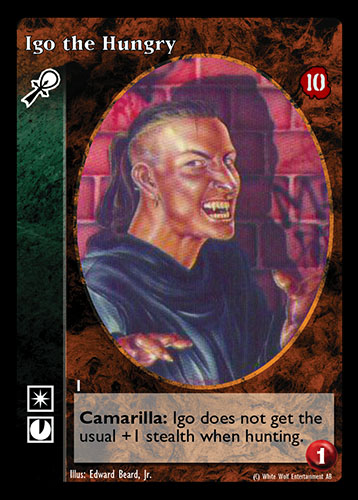 Two disciplines for 1 pool is relatively cheap, he is often seen alongside Antoinette DuChamp. Combined with other Caitiff, he can provide a very fast crypt for swarm builds. 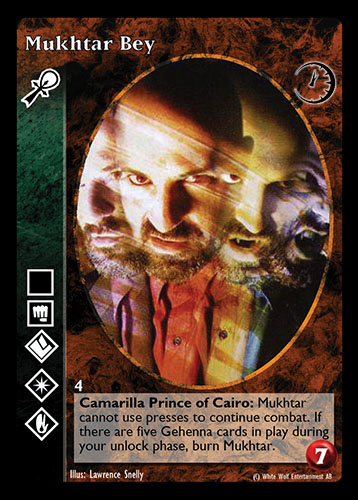 The oldest Caitiff, he is often seen alongside other titled Camarilla vampires. His Ro disciplines combination is a nice fit for political decks and his 7 pool cost is relatively low. A frequent companion of Victor Pelletier. 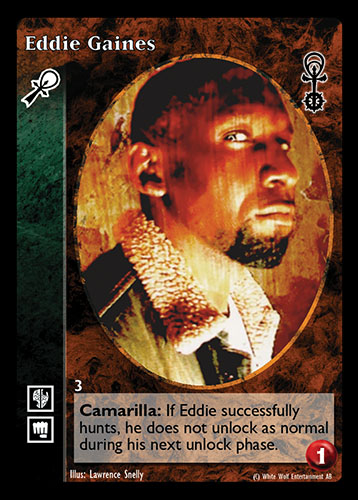 Althouth his downside can be a real bummer, his low cost for e makes him a possible inclusion in very fast versions of the Weenie DEM archetype.