The Sabbat is the second sect to have been published in the game, after the Camarilla. It offers good alternatives to its members, especially concerning blocking capabilities. 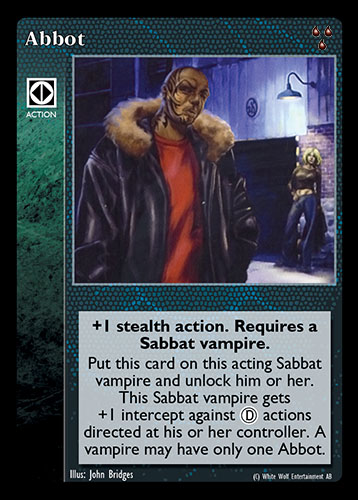 An excellent intercept enhancer that does not even cost an action, although only against directed actions. Virtually every Sabbat wall deck include some of these. 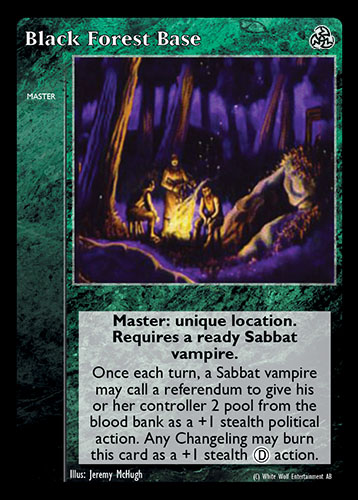 An excellent bloat device for Sabbat decks that have the votes to back it up, it can also be used as a bargaining chip with other Methusalahs. 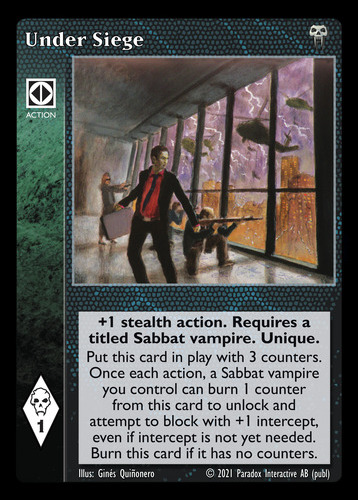 An excellent defensive tool for titled Sabbat vampires, to be compared with the Camarilla's Second Tradition: Domain, it needs to get through to be used and provides less intercept, but three unlocks for just one pool is a bargain. 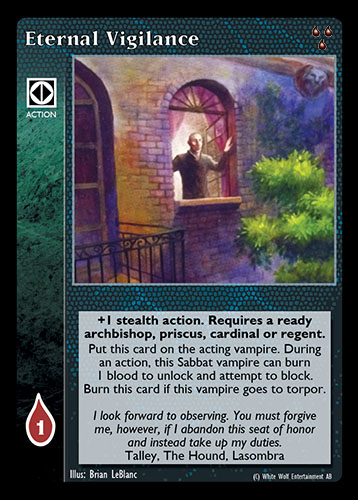 Another good defensive device that provides an unlock on every action, it can be combined with Abbot and Under Siege for an exceptional defensive arsenal. 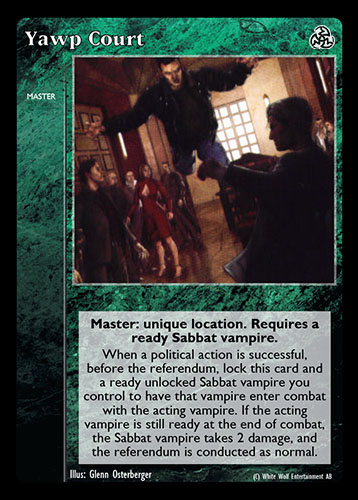 A powerful defensive tool for combat-oriented decks, it can deter any political predator. Most often associated with Tupdogs, it can also find its place in other Sabbat decks. 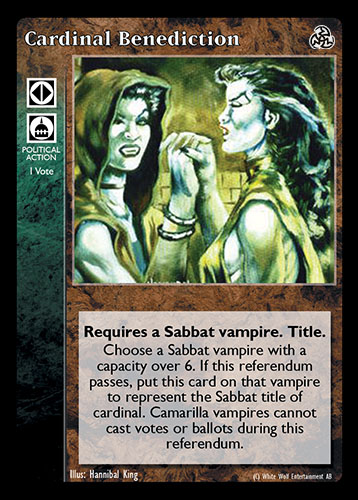 A good title worth three votes that Camarilla titled vampires cannot counter easily. It is a worthwile addition in political decks if the crypt allows it. 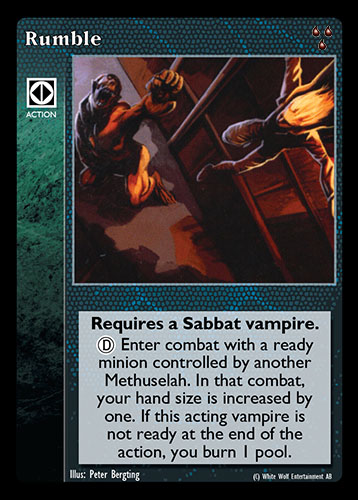 A decent rush action, its effect is useful for a bit of additional cycling, something combat-oriented decks often prize. 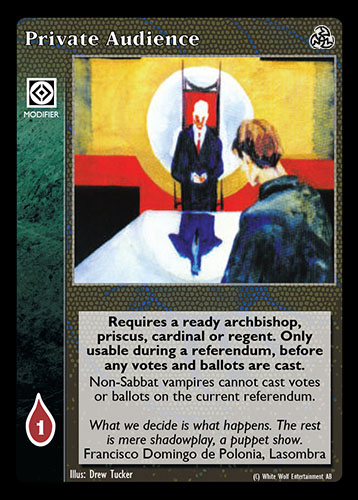 A good modifier for political actions, as it can neutralize many adversary votes around the table single-handedly.