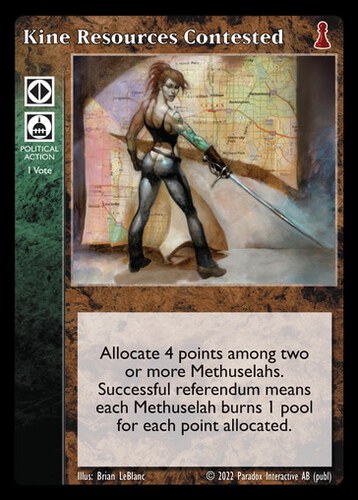 The damage-dealing vote par excellence. It does not depend on the table conditions and delivers a steady 3 pool blow to the prey. Often played in multiple copies in vote decks, it is key in finishing a table as it is the most certain way to deal pool damage in a duel or a three-way. 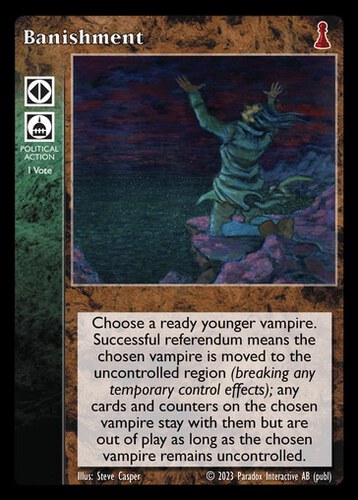 A very powerful vote when using big capacity vampires. It will cost time and pool to the target, most likely the prey or predator, but it can target anyone on the table, making it a nice tool for table control and negociations. 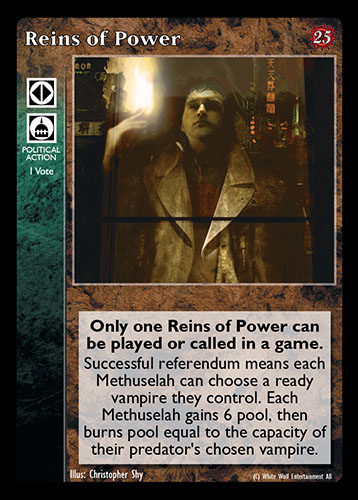 A serious damage dealer when playing a 10 or 11 capacity vampire. Only one copy is included but, with the right crypt, it is one of the strongest damage dealing votes. 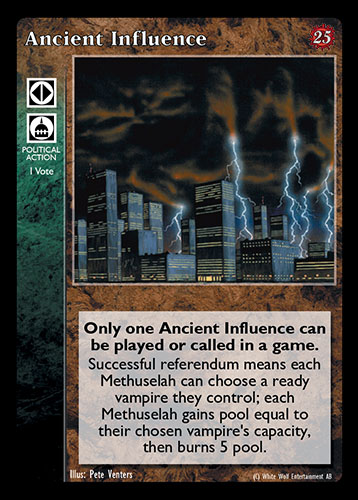 A customary companion to Reins of Power, it is a good bloat device (for 5 or 6 pool), but may have to be discarded if the prey has big capacity vampires. 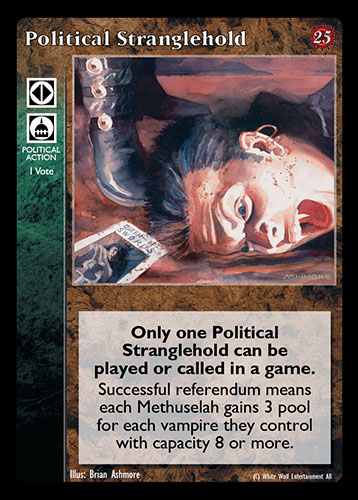 Completing the triptych alongside Reins of Power and Ancient Influence, it is a good bloat device if one plans to get two or more big capacity vampires into play. 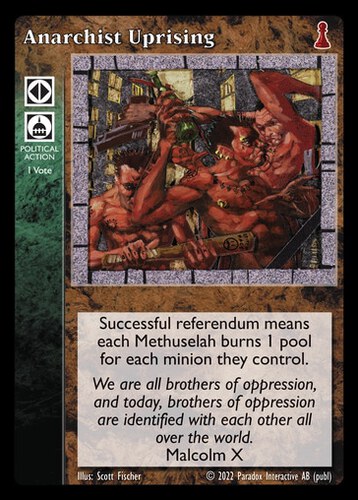 Almost always played alongside Ancilla Empowerment, it is a decisive tool against weenie and breed decks. Depending on the situation, it can take a whole table down in a single strike. 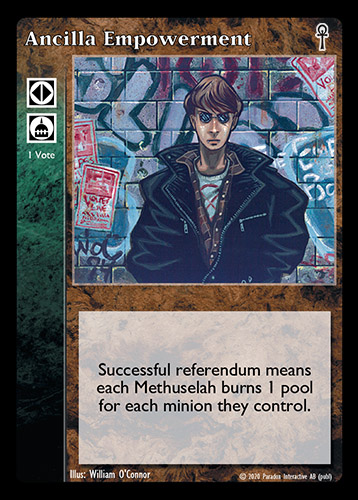 Almost always played along Anarchist Uprising, it has the same effect. Having both can make a Delaying Tactics fizzle, so why not. 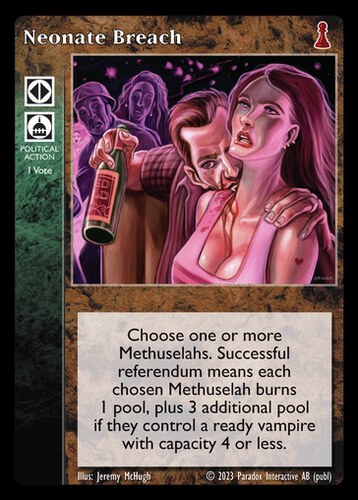 Although not as certain as Kine Resources Contested, it will work against most decks and it adds a little bit of variety to address the Delaying Tactics problem. 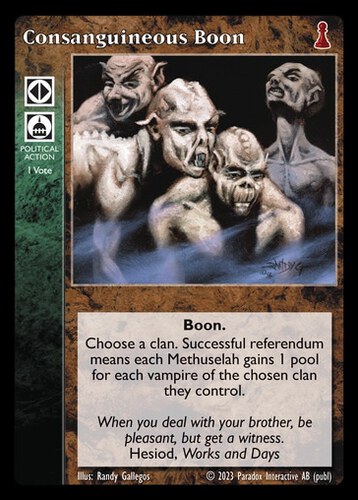 Although only worth it in breed decks, its bloat power is tremendous in this case. Political breed decks can usually get away with not defence at all, relying on this bloat device alone to survive even the most hard pressing predators. 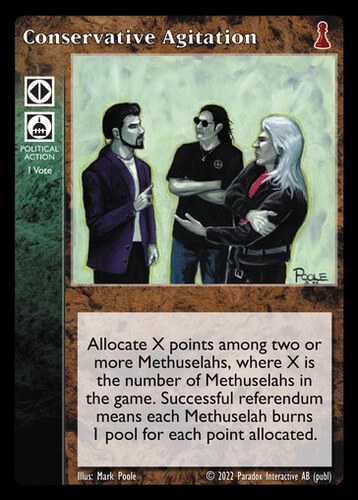 A strong damage dealing vote in the beginning, it becomes frail in the end game once some players have been ousted. Still a solid alternative to add variety over Kine Resources Contested and dilute a potential Delaying Tactics. 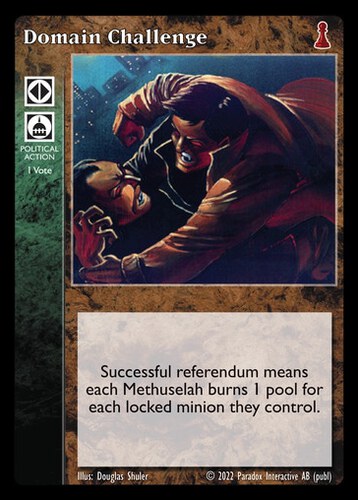 A strong damage dealing vote against builds with many minions, it does offer a little bit more control than Anarchist Uprising and Ancilla Empowerment, but will deal less damage. An option often favored by breed constructs themselves. 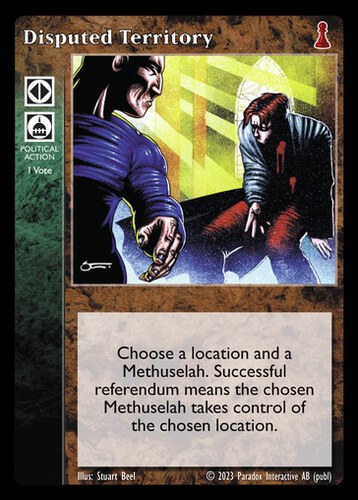 Although less common than pool-related votes, it gets often included as many locations can be worth the action to steal them. Of course, its efficency depends solely on the environment.