a provides the best intercept in the game, plus the ability to bounce bleeds. It makes for an excellent defence. 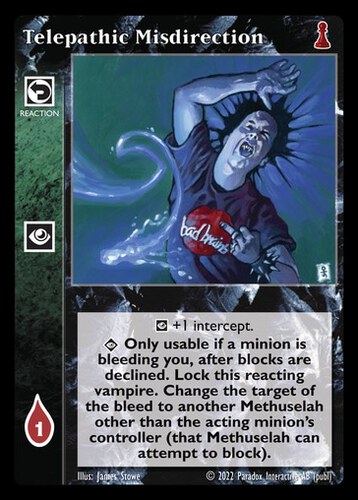 By far the most played card in a, it is an excellent bounce. Its blood cost is fair and its basic effect can still be useful if the table context does not mandate bounces. 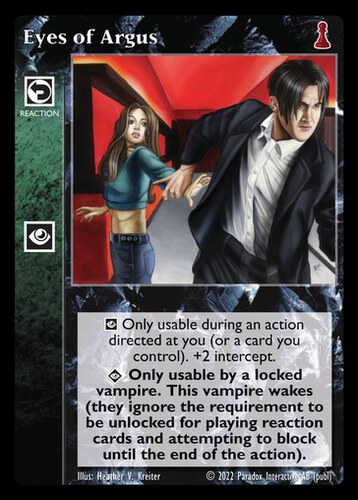 A +2 intercept bonus combined with a wake, basically a dream come true for all block-oriented constructs. The intercept can only apply to directed actions though, and it needs to be completed by classic intercept enhancers for a defence to be really effective. Blocking political actions, equip and recruit actions are critical to one’s defence. 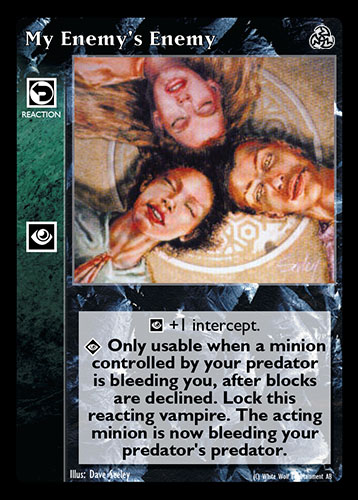 Another intercept source, with the interesting bounce option at no cost. Even though a bounce to one’s ally is a hard bargain, with luck it can bounce a bleed back to its original prey. 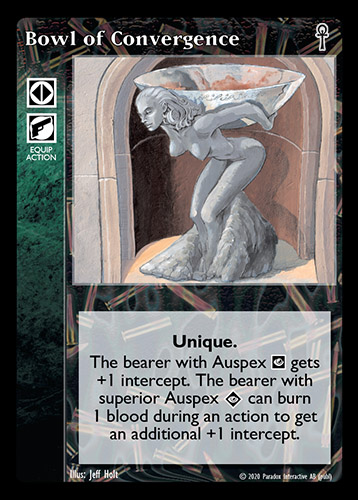 Almost systematically played in a decks, it is a solid permanent intercept at no cost. 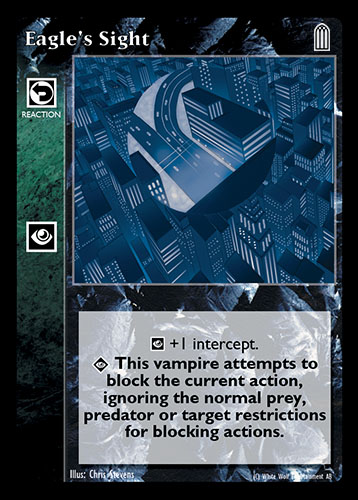 Only three cards in the game allow the interception of cross table actions or actions directed to other players, this one, Falcon's Eye and Anneke. This precious ability helps wall decks hurt their prey more than others, leading to an oust rather than king-making. It's also a flexible defense against a grand-predator political actions, and a way to control the table balance and avoid early ousts. 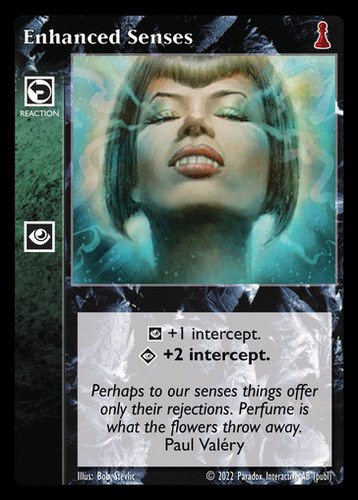 An efficient intercept enhancer. Other enhancers are welcome as the same reaction card can’t be played twice on a single action. Note that this makes an enhancer with a twist like My Enemy's Enemy a valuable addition, compared to other enhancers with less useful effects like Precognition or Spirit's Touch. 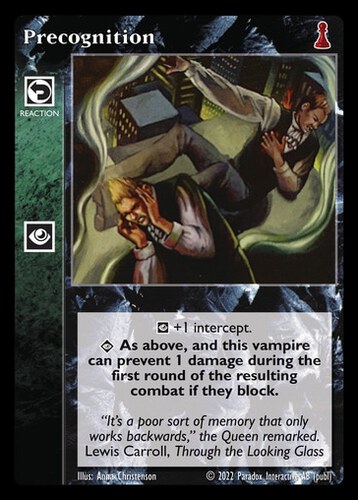 An additional intercept enhancer, with a decent combat bonus at superior A. As reaching high scores of intercept requires stacking different reactions, it is used in constructs where more diversity is needed to achieve the desired intercept level. 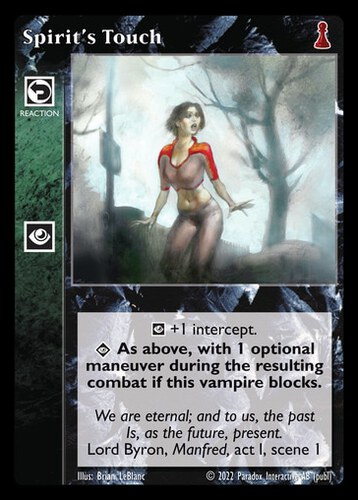 Yet another intercept enhancer, its optional maneuver at superior A can be useful in constructs using long range combat after the block. Yet not as efficient as other a reactions, it is used when additional intercept is needed.