The Ventrue with rdf and their antitribu with adf have powerful disciplines and abilities. They are a prominent clan in tournaments and are seen in a number of Archetypes: 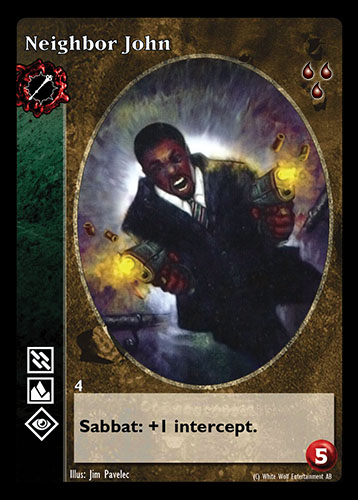 A with a permanent intercept bonus for just 5 pool, he finds his place in many A crypts, including in non-Ventrue toolbox and wall decks. 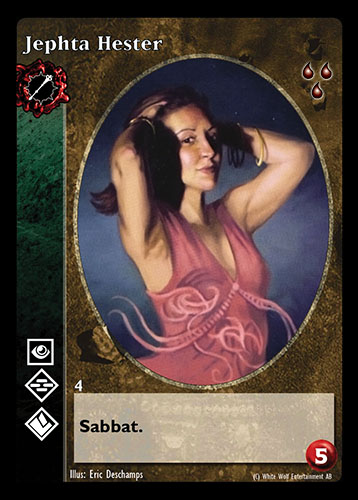 A cheap cost for the FD combination, she often gets included alongside Neighbor John. 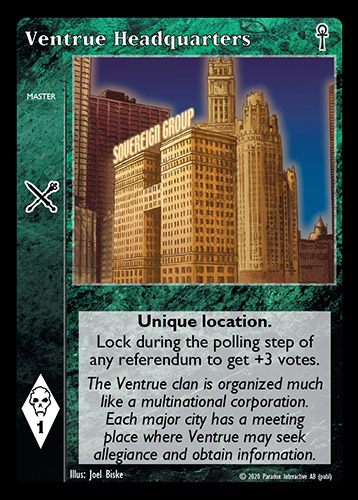 A powerful edge for Ventrue political decks, it often gets included if there is the slightest chance some additional votes can come in handy, even defensively. 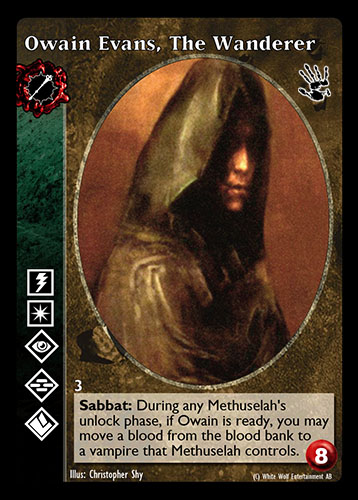 All clan disciplines ADF at superior for a decent cost, he also has a convenient ability. It is used to get some blood on the owner vampires, but can also be a bargaining chip with the other players. 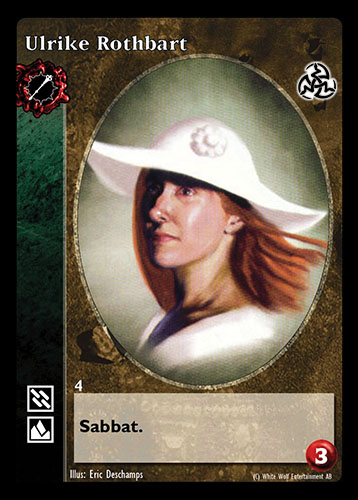 A cheap cost for fd, she often gets included alongside Jephta Hester and Neighbor John. 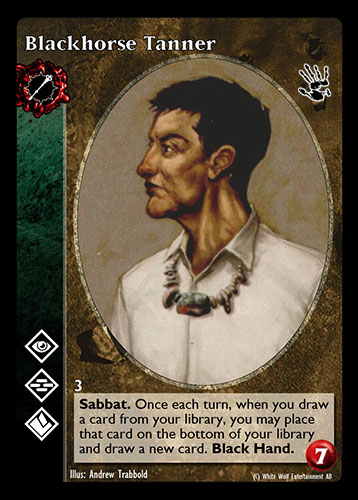 All clan disciplines ADF at superior for a reasonable 7 pool, he also has a good ability for card rotation. He often gets included algonside Owain Evans. 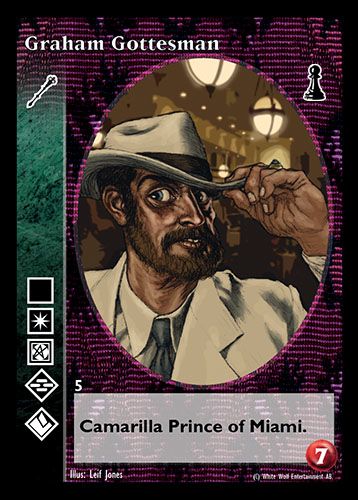 A cheap Prince in group 5, he finds his place in many political decks. 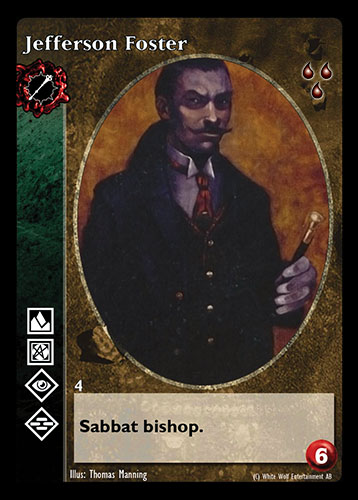 A good disciplines combination for 6 pool, he finds his place in many Ventre antitribu crypts. 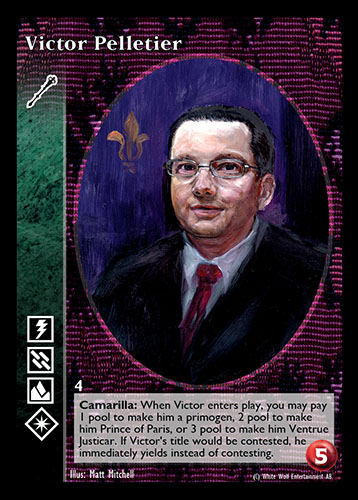 Superior R with an ability that easily let him get some votes, he is an easy inclusion in any R based deck. 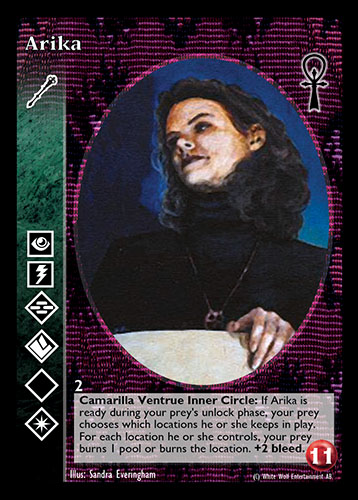 The infamous Ventrue Inner Circle, her ability and access to DO gets her included in many Inner Circle constructs, like in the Council of Doom or The Dark Side of Politics archetypes. 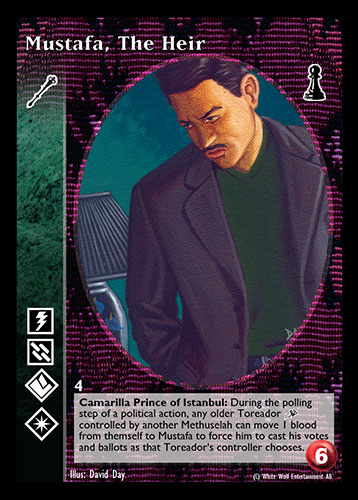 A cheap Prince in group 4 with good disciplines, he gets included in many political decks. 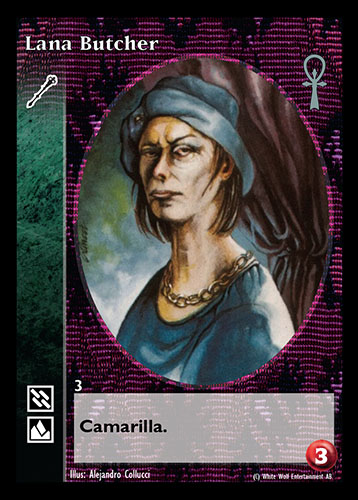 A cheap cost for df, she gets included in many Ventrue and Ventrue antitribu decks. 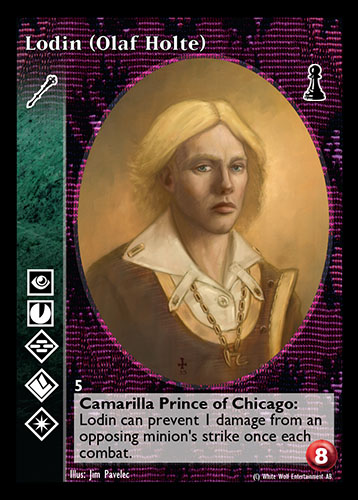 Star of the modern variant of the Ventrue Royalty archetype, he has all clan disciplines at superior DRF and his ability to prevent damage makes him quite sturdy. 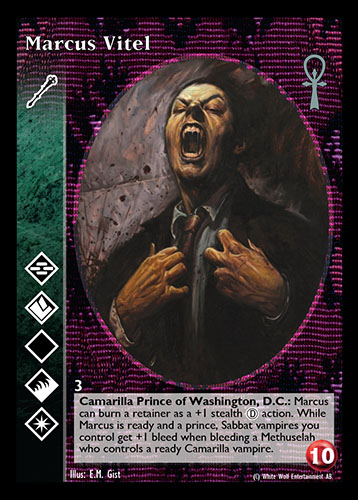 Although he is a bit pricey, his title and access to DO, and in some cases £, gets him included in many crypts. 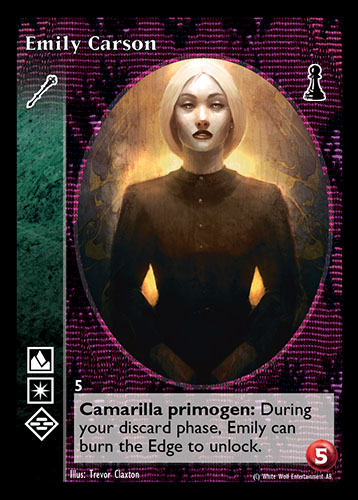 A decent 5 pool for superior D, she still has f and her unlock ability can be useful. 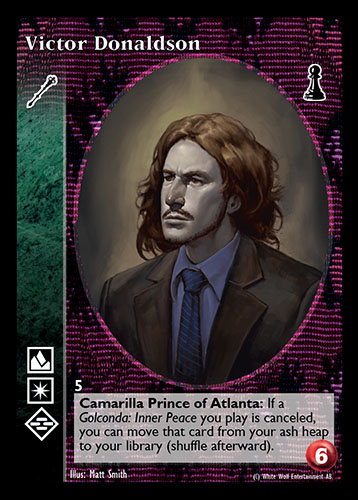 A cheap Prince in group 5, with superior D, he easily gets included in Ventrue Royalty decks.