The Tremere and their antitribu have access to the unique and versatile t discipline. Alongside d and a, it makes for a powerful combination, used in many successful archetypes:

Finally, Tremere also appear in the Tzimisce Wall archetype as Lord Tremere, Mistress Fanchon and Malgorzata all have V alongside powerful abilities. 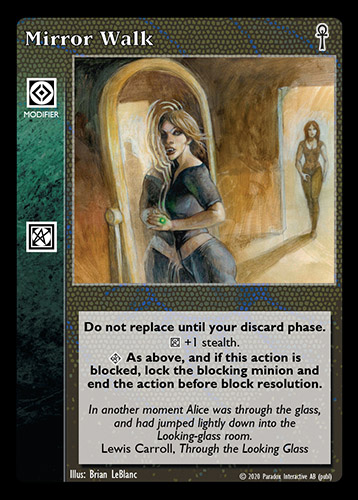 A good stealth enhancer, the only one available with the clan disciplines. Its combat avoidance effect at superior T can come in handy. 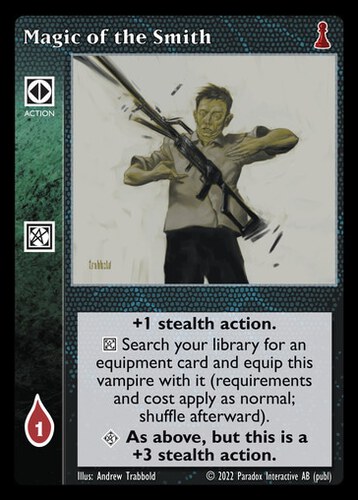 Magic of the Smith
played in 141 decks, typically 2-5 copies

A rare effect in the game, the ability to fetch any equipment in the library is very strong. The +3 stealth bonus at superior T makes it very hard to block. Some decks use T for this card only. 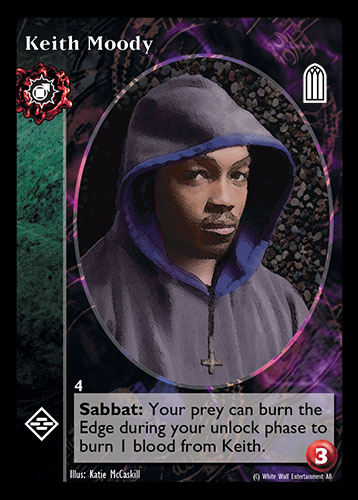 The cheapest D pool can buy, he is played in many decks. 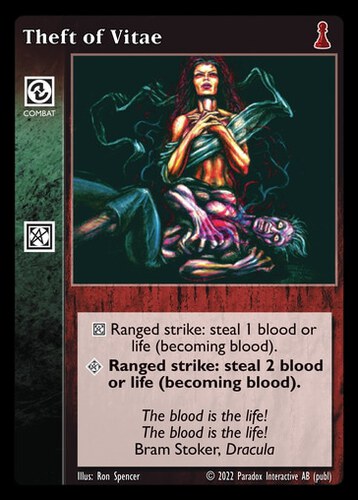 An excellent combat card: as it steals blood there is no damage to prevent, and at the end of the round it is a 4 blood difference between the two vampires, at no cost. 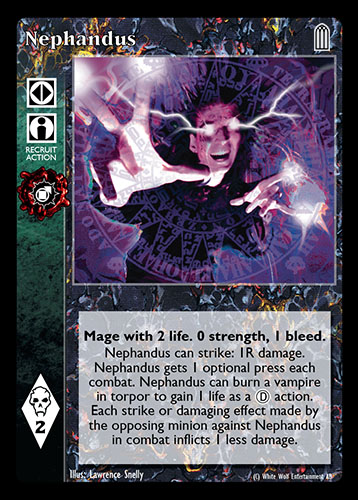 An excellent ally: not so expensive, not unique so many of them can be into play, they strike 1R with a press and prevent one damage per strike, so this means they do not lose any life against a vampire that does not play any combat card. They gave birth to the Nephandii archetype. 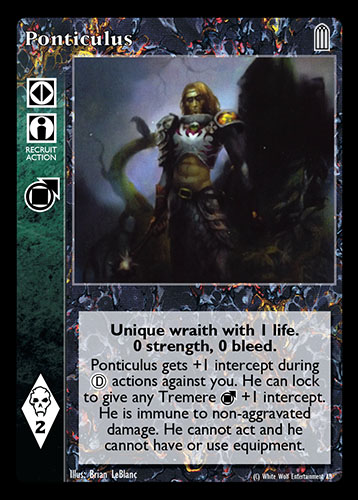 A good ally at a cheap price: he is quite the defender and very resilient as aggravated damage is required to kill him. 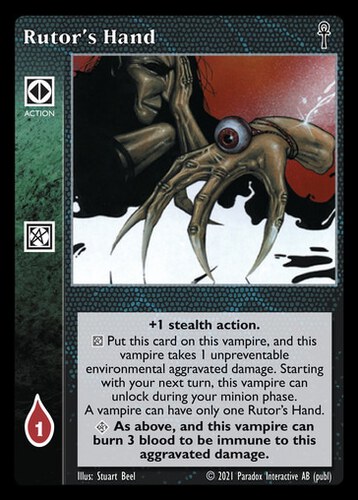 An expensive but powerful device to augment A&B. Its cost did not prevent it to be played in many t decks, if only as an option. 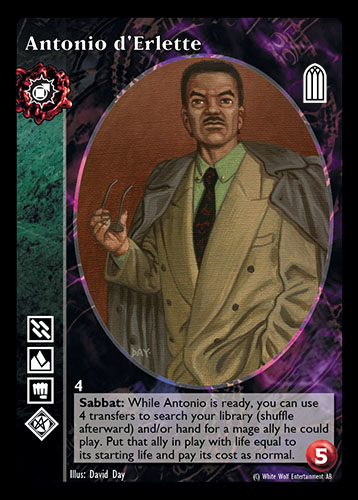 Second pillar of the Nephandii archetype, his capacity is exceptionnal. Being able to put some allies into play without even taking an action that could be blocked is a definitive edge.

A good bloat device at a decent price. Few clans have access to this kind of location, but it generates a pool per turn so it is quickly profitable. 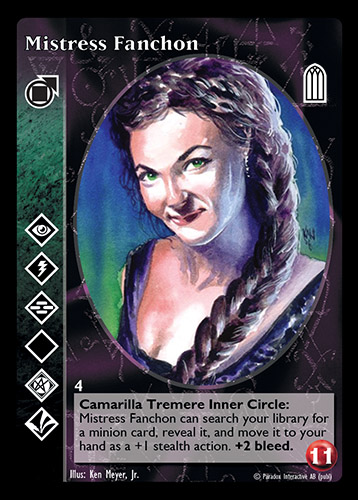 An Inner Circle with the classical 4 votes and +2 bleed bonus, she also has a unique ability to fetch the card she wants. Moreover, her DO disciplines combination, alongside TV, is powerful in many decks. 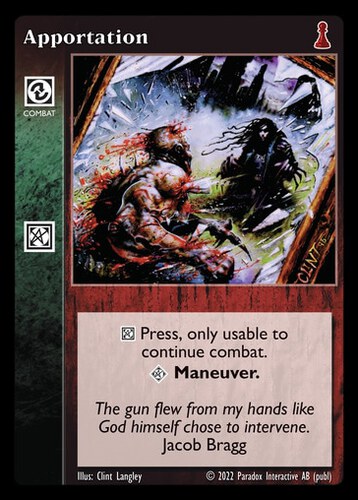 A very versatile combat device: maneuver or press at no cost is a great tool. 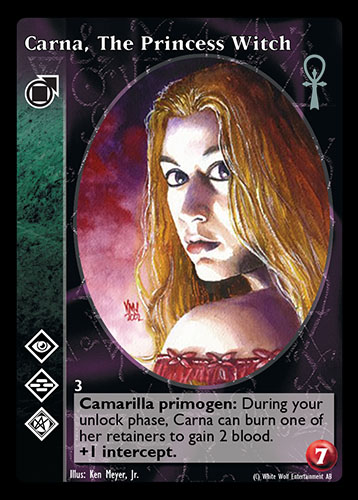 A star among the Tremere, her +1 intercept an good disciplines for a decent cost makes her a favorite in many decks. 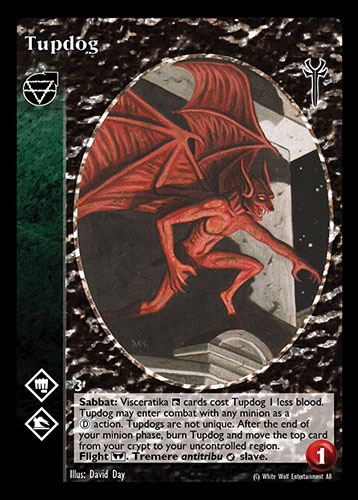 An infamous rush device, only available as an offensive tool for Tremere antitribu. They gave birth to the Tupdogs archetype. 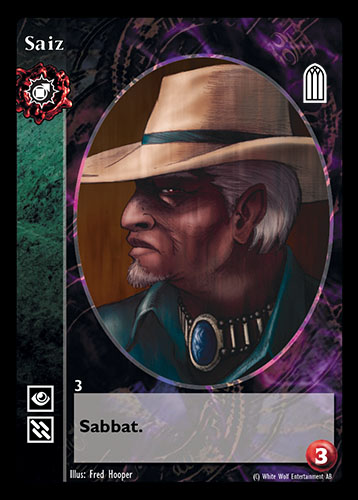 A good disciplines combination for only 3 pool, plus he is in the group 3 so he can be included in many crypts. 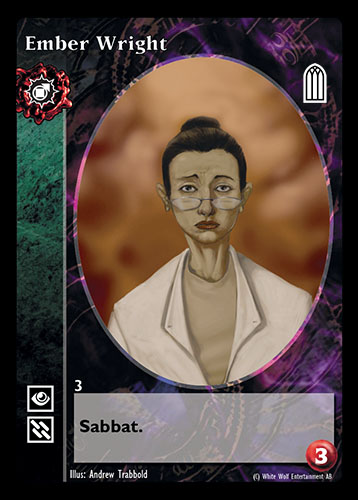 Yet another da for 3, included in many crypts for the same reason as Saiz: she's cheap and has good disciplines. 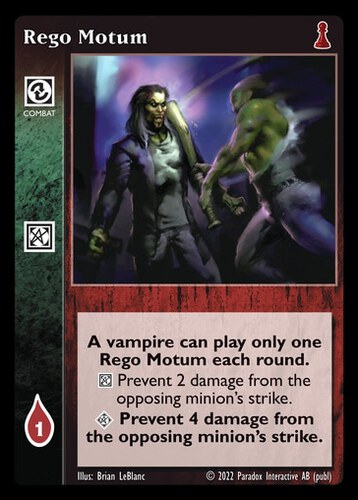