The Ishtarri and their fcr disciplines combination have excellent titled vampires, so they've been included in political archetypes, as well as landed an archetype of their own: Ishtarri Politics. The fc combination let them use Forced March, one of the best combo cards out there. 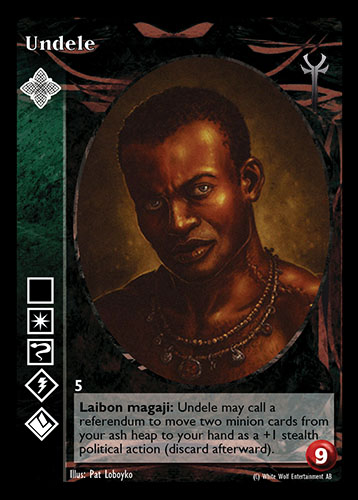 With its magaji title and unique ability to fetch cards from the ash heap, he has been included not only in Ishtarri decks, but also as a secondary vampire in ro vote constructs. 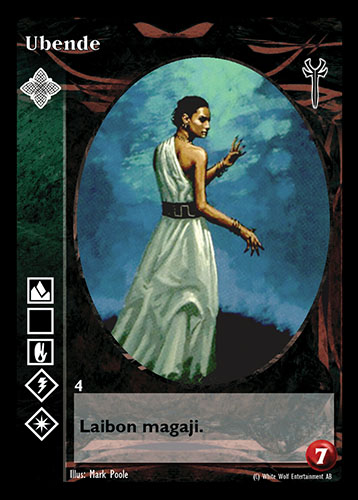 A magaji for only 7 pool, with an inferior f sufficient for Forced March and an additional o that can be used in many constructs. Alongside Undele and Ayo Igoli, she makes for a nice crypt. 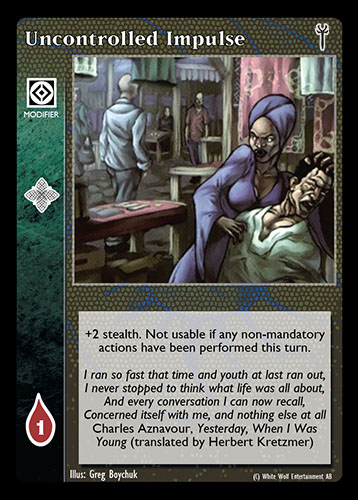 An excellent stealth enhancer, although only usable on the first action, it is very valuable since the clan as few other stealth alternatives. 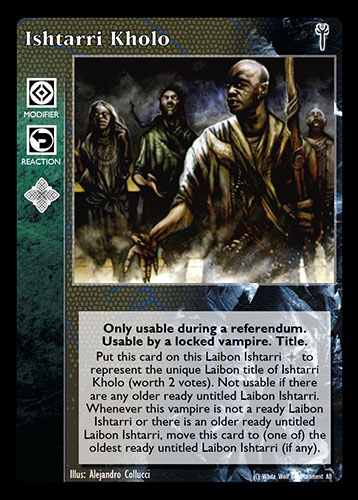 A good title unlikely to be contested, it is a worthy inclusion in a political deck, and an excellent addition for Ayo Igoli. 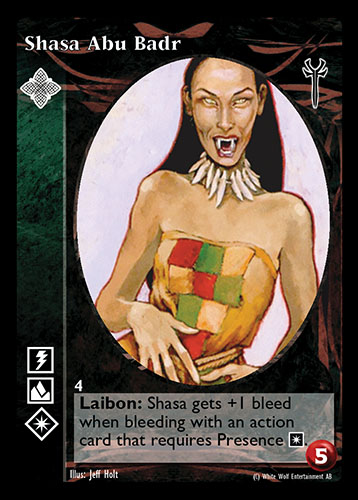 An excellent ability alongside R for a cheap 5 pool. She finds her place even in mono r decks. 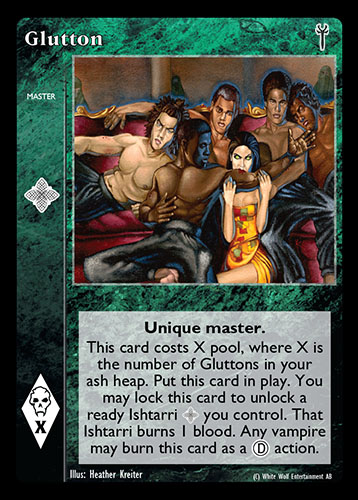 Another source of additional actions for Ishtarri, always welcome. It is a little bit fragile so it is more playable if the deck has at least some intercept capacities. But even making an opponent waste an action to take it out may be good enough. 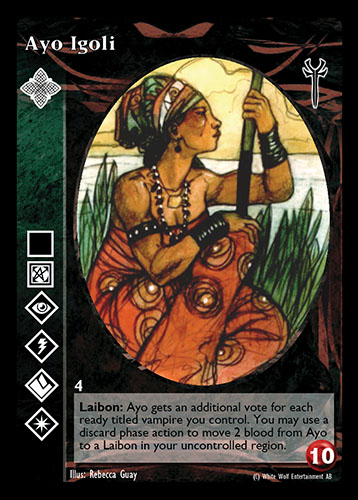 Yet another Ishtarri with o, she is an excellent complement to a political crypt. Her capacity and ability makes her an ideal candidate for the Kholo title using Ishtarri Kholo. 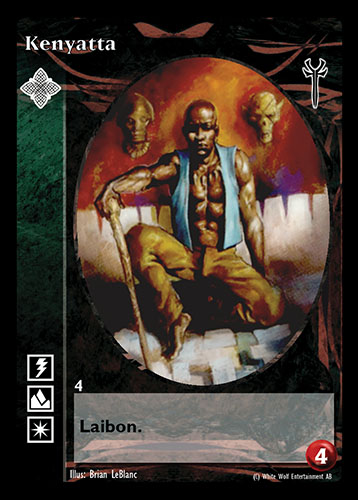 All clan disciplines at inferior for 4 pool, a decent side-kick.