The Harbingers of Skulls have excellent vampires with outstanding abilities. They grew increasingly popular since the release of the Lost Kindred expansion in 2018, and the apparition of the excellent Emerald Legionnaire, giving birth to the Emerald Legion archetype. 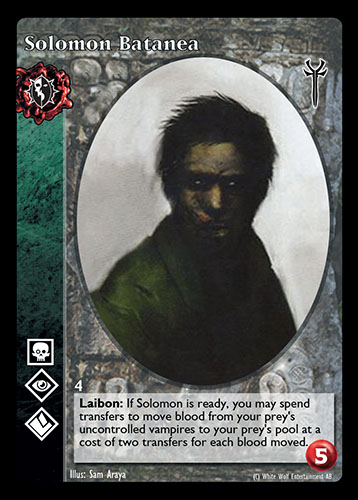 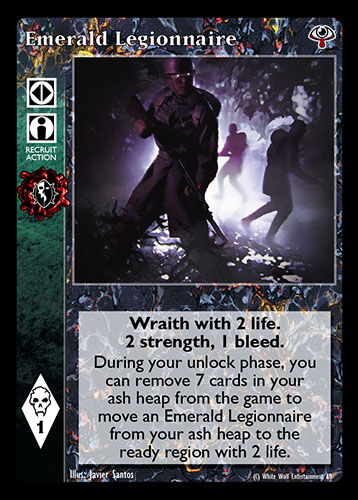 A good ally with an excellent ability that let him come back into play for free. The Emerald Legion archetype is built around him. 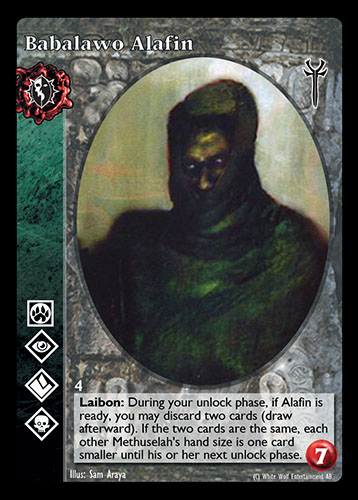 All clan disciplines NAF at superior for a decent 7 pool, his ability is useful for card rotation, but also as a way to get more cards in the ash heap to pay for the Emerald Legionnaire. 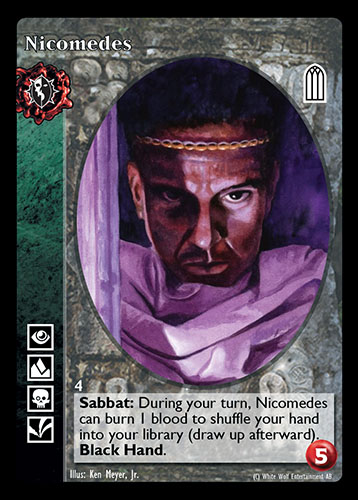 A decent disciplines combination and a great ability for cards rotation. 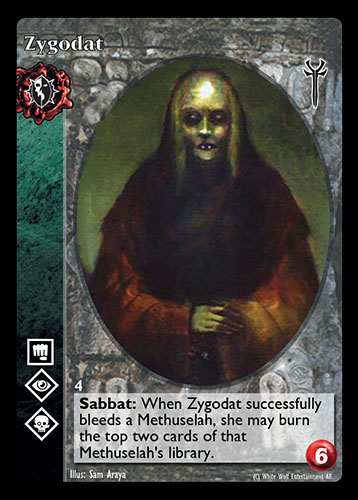 A good disciplines combination, and her ability has a nice synergy with Trochomancy and Inevitability of the Void. 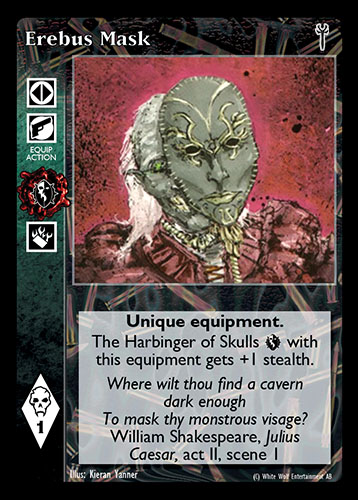 Only 1 pool for permanent stealth, this is a bargain. 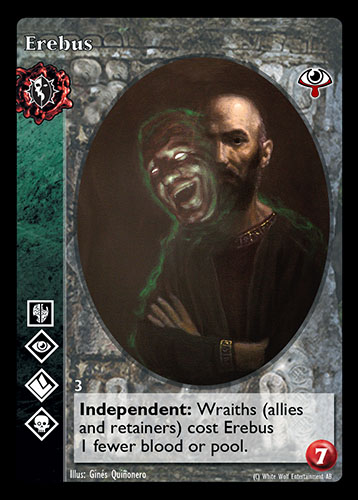 All clan disciplines at superior NAF, combined with a nice ability that let him recruit Emerald Legionnaire at a discount. 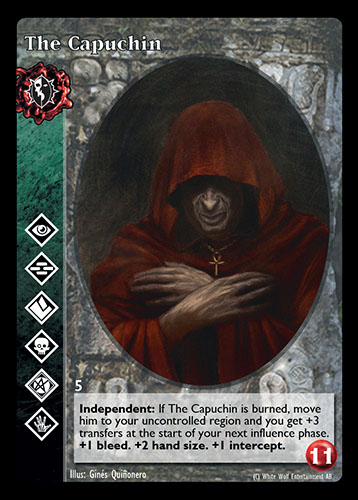 Often seen in company with Saulot, The Wanderer as they both have AFT, he is also a good star vampire in Harbingers of Skulls decks.