The Guruhi and their unique irp disciplines combination have excellent vampires with outstanding abilities. This led to the Nananimalism archetype, a weenie i deck using Nana Buruku as star, and the Guruhi Rush, using Nangila Were and the ip combination for combat.

The lack of damage prevention is an issue for combat-oriented decks, but the access to Immortal Grapple makes up for it. Multiple vote constructs have also been seen. 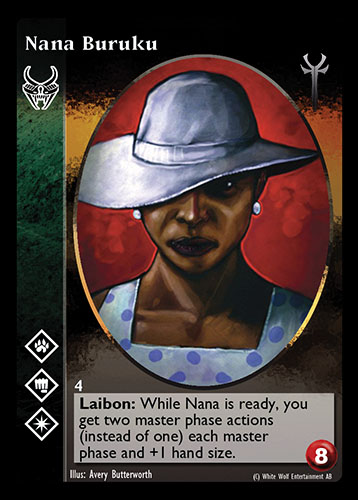 The absolute star of the Guruhi clan, she is often played for her rare ability to grant more Master actions. Her disciplines are often a secondary subject and she is largely played in non-Guruhi decks. 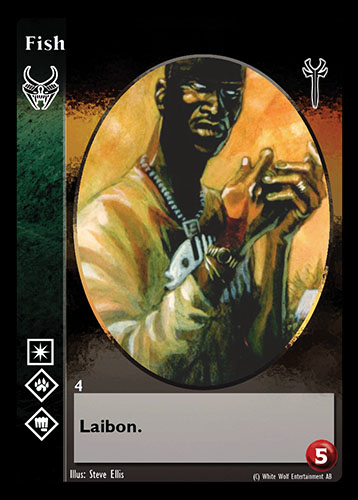 IP for only 5 pool is a bargain. An easy inclusion in any Guruhi or Nosferatu s build. 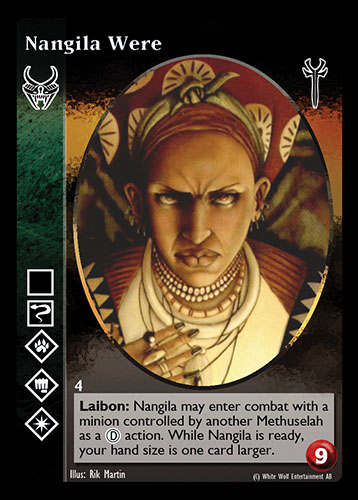 All clan disciplines at superior with a rush ability included. A must-have in rush decks, often played along Nana Buruku. 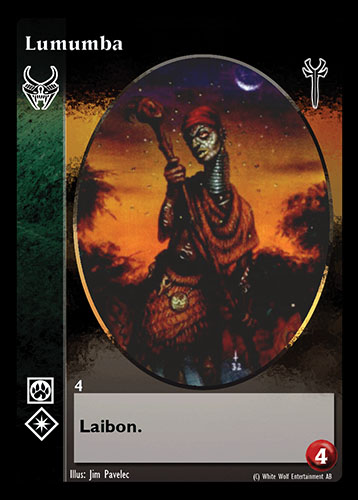 A cheap price for superior R, he can even be included in mono r builds. 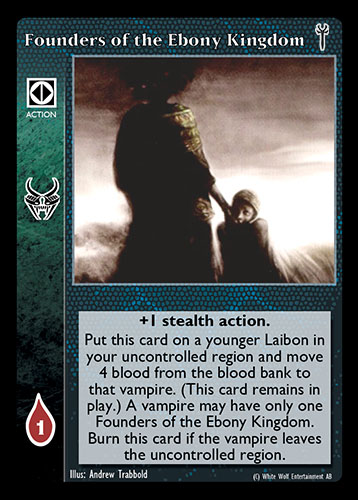 Founders of the Ebony Kingdom
played in 15 decks, typically 2-7 copies

One of the best bloating device in the game, only available to Guruhi and difficult to play in multi-clans decks. 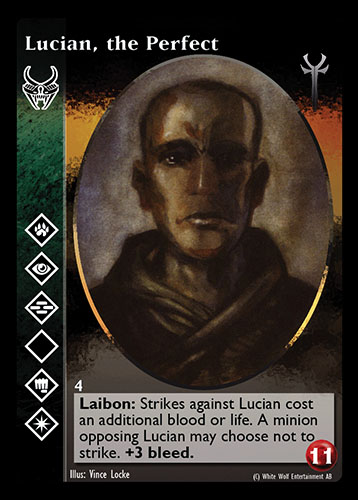 The only vampire of the game with a bleed power of 4. Worth mentioning, even if he is often played in big capacity DO decks with no Guruhi specifics. 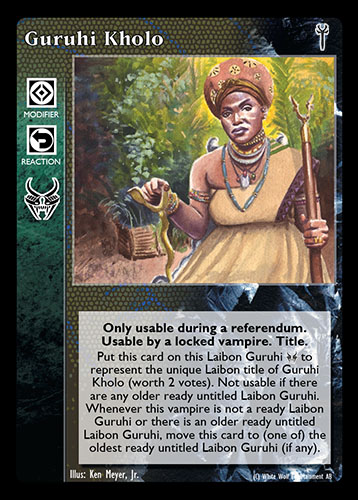 An additional title that is unlikely to contest, it's a worthy inclusion in a political deck and a useful addition to Nana Buruku or Aren. 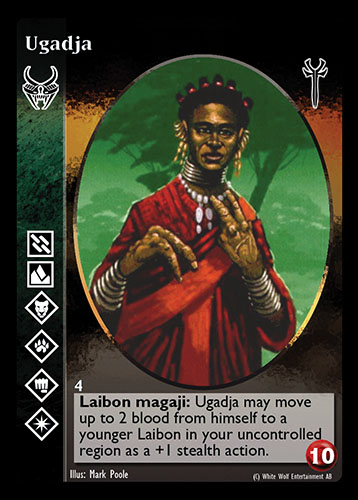 A magaji with a useful ability, her cost is a bit steep, but she finds her place in a political deck, and her W discipline can get her into Akunanse C decks, although she is more often associated with Eze, The Demon Prince.