The Giovanni and their rare n discipline, combined with the fact that they have d as a clan discipline, come up with two original allies archetypes: the Khazar's Diary, centered on allies and Khazar's Diary (Endless Night), and Shambling Hordes, an allies archetype using Shambling Hordes. Due to nature of these archetypes and usefulness of d, Giovanni vampires popularity is skewed towards lower capacitiess.

Some powerbleed constructs have been seen, too. The combination of Call of the Hungry Dead and Seduction is strong, and Guillaume Giovanni gave birth to interesting deck lists, though all quite different. 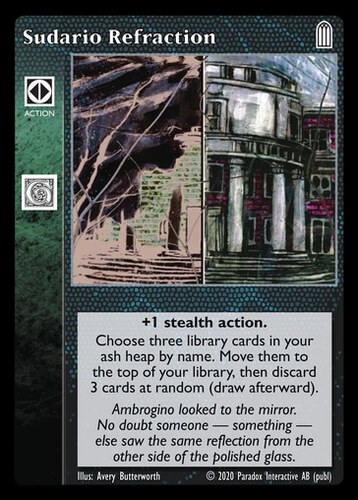 The most played Giovanni card. Its rare recursion ability enables the Giovanni players to adapt their hand to the table context, which is a nice advantage. 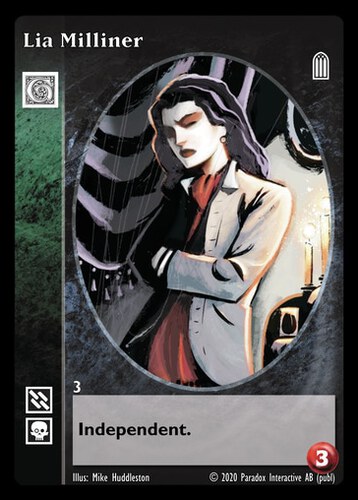 d and n for only 3 pool: a bargain. She can even find her place in mono d decks. 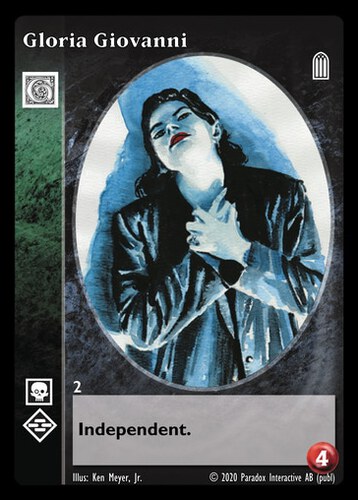 Superior D and n for only 4 pool: another bargain. She finds an easy place in mono d builds. 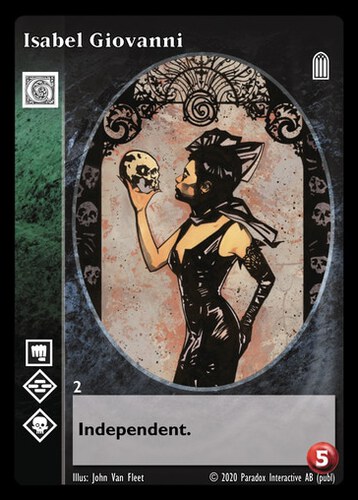 Superior DN for only 5 pool, it is often the perfect disciplines combination for Giovanni decks, so Isabel is often played in multiple copies. 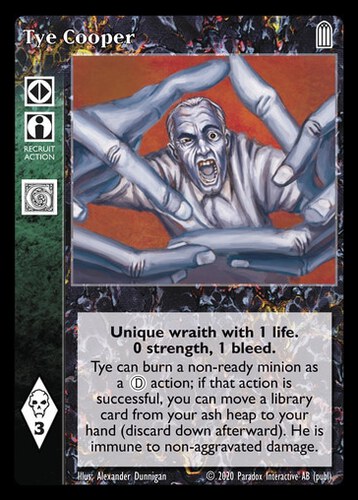 Played in many Giovanni decks, even when they are not centred on allies, he is very resilient and can be good defence. 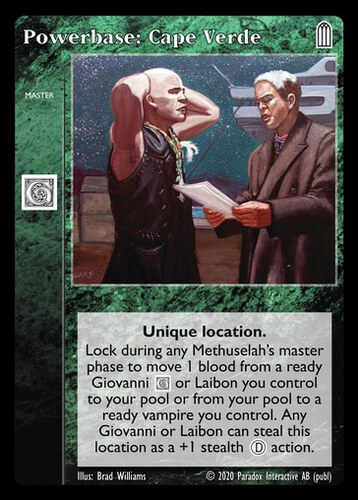 A generalized Blood Doll, it is an efficient bloat device at no cost. Most Giovanni decks play it. 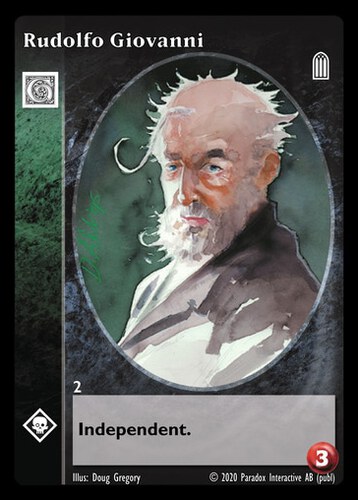 The cheapest N available, he is often seen alongside allies, especially Shambling Hordes. 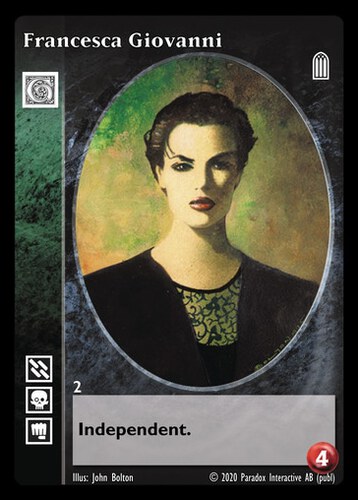 All clan disciplines for 4 pool, a good sidekick in many Giovanni decks. 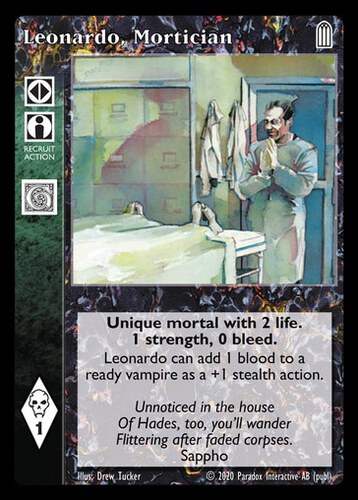 A cheap ally with a nice ability. Often included to fuel Shambling Hordes or Khazar's Diary. 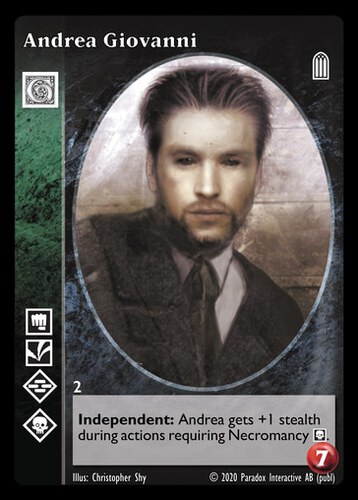 An excellent abilities for decks relying a lot on the N discipline, like those using Shambling Hordes. 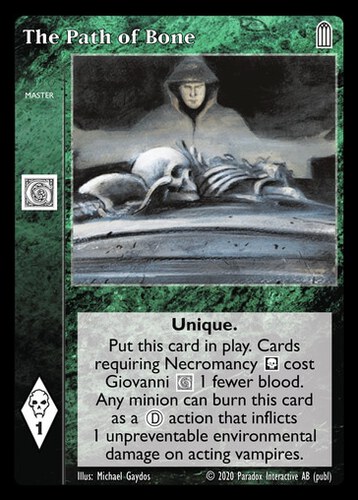 The Path of Bone
played in 40 decks, typically 1-3 copies

A good way to reduce blood consumption in n decks. As is the case with many Path cards, it is quite cheap and not so easy to destroy: investing an action and a blood just to have the vampires pay a bit more for some cards can be too much.

A cheap and efficient way to bring back some blood on the vampires. Better in low or mid capacity decks with more Giovanni, even better if it can be defended a bit.