Ahrimanes and their unique discipline z provide a stronger defence than the usual i builds. Moreover, the acces to r allow them more toolboxy constructs than mono i, for a little more bleed. They offer basically two possible crypts, a group 2 with Howler and The Siamese, and a group 4 with Muricia and Effie Lowery.

This clan has only one main archetype: Cats. Some Ahrimaines are good picks for mono i archetypes as they offer I vampires for good value like Effie Lowery and Sahana. 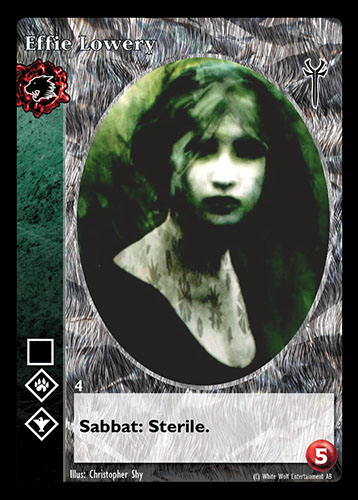 Superior I and Z at a very decent cost of 5, she is even included in pure I crypts. 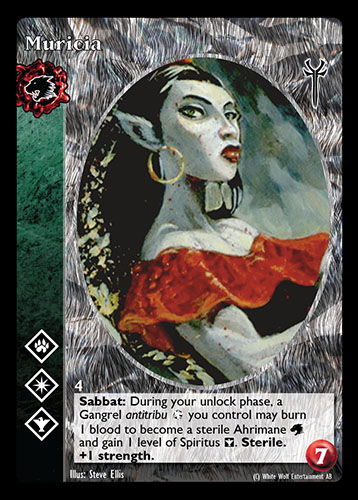 Leader of the group 4 crypt, she has all clan disciplines ZIR at superior for a reasonnable cost of 7. The +1 strength bonus is always good to take: she can use a little less Aid From Bats for a little more Carrion Crows. 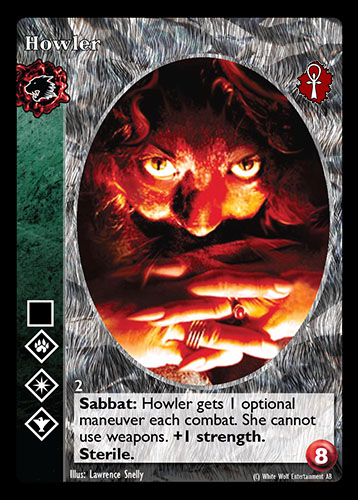 Leader of the group 2 crypt, she has all clan disciplines ZIR at superior for a cost of 8. The maneuver combined with the +1 strength bonus makes her a good warrior on her own. 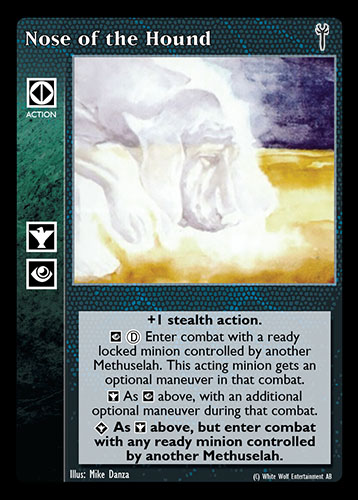 Nose of the Hound
played in 41 decks, typically 1-4 copies

A nice rush action, slightly better than Bum's Rush. It is often played in a constructs for its base effect, as i provides the arguably better Deep Song already. 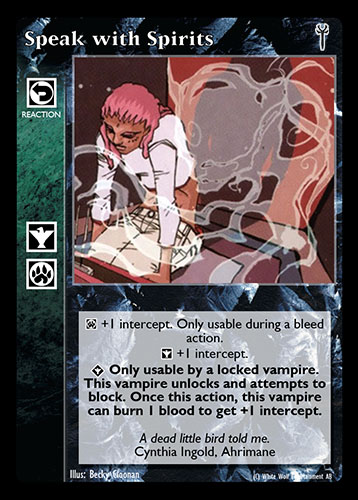 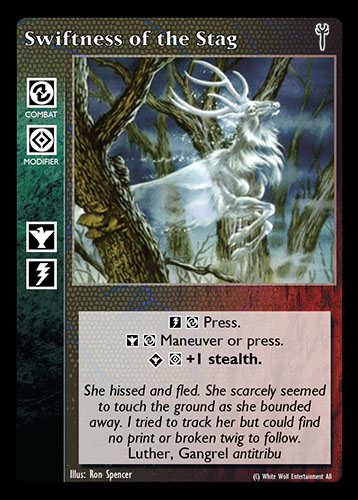 Swiftness of the Stag
played in 35 decks, typically 5-9 copies

A versatile tool: it is decisive in combat and works well with the i classic combination of Aid From Bats and Carrion Crows. Moreover, the optional +1 stealth is very useful to get critical actions through. It is a straight upgrade over the similar Resist Earth's Grasp. 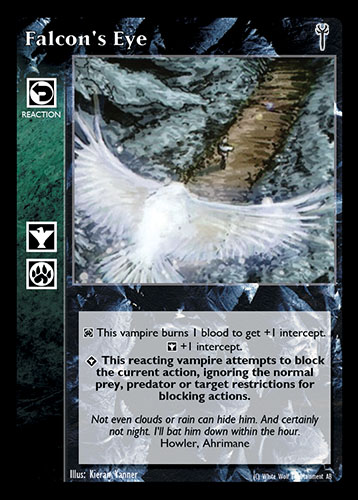 The only card apart a Eagle's Sight and Anneke to allow cross-table blocks, it is a drastic improvement over the classical i intercept module. The ability to intercept one's prey bleed or a cross-table vote is critical to wall decks. 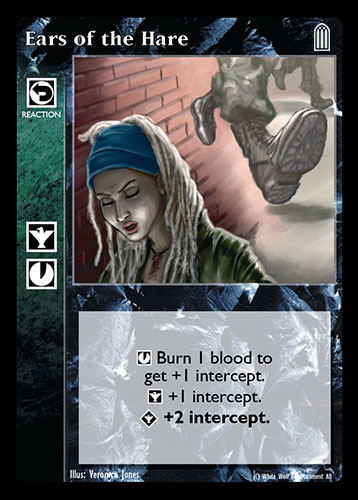 Ears of the Hare
played in 28 decks, typically 2-4 copies

A strong intercept boost on par with a Enhanced Senses, this completes the z toolset for intercept. Combined with Falcon's Eye and Speak with Spirits, along i Cat's Guidance, it delivers an intercept module as solid as a.