Akunanse and their rare w discipline provide a stronger defense than the usual i builds.

This clan has two main archetypes: the Akunanse Wall, using w along i for a sturdy wall, and Team Jacob using the infamous Tunnel Runner. More combat-oriented builds are limited due to the inability to deal with combat ends. 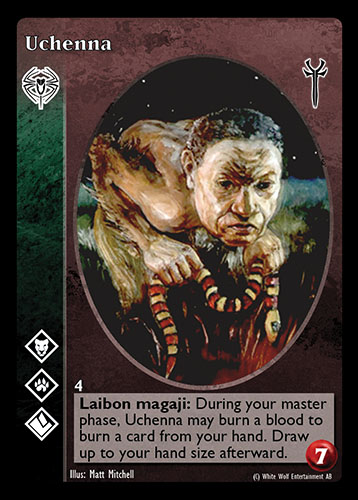 A Magaji with superior WFI for just 7 pool: definitely a good deal. Her ability may be useful in tense situations, although 1 blood to draw a card is a high price to pay. The fact that she is Magaji let her play the excellent No Secrets From the Magaji. 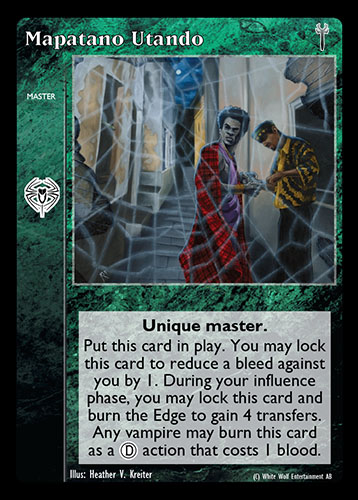 A good master for Akunanse decks: it can speed up the setup in the beginning, but also avoid pool loss regularly, at no cost. Gaining one or two turns or 3 pools or more is definitely efficient, it encourages the inclusion of low capacity vampires to get the edge sooner. 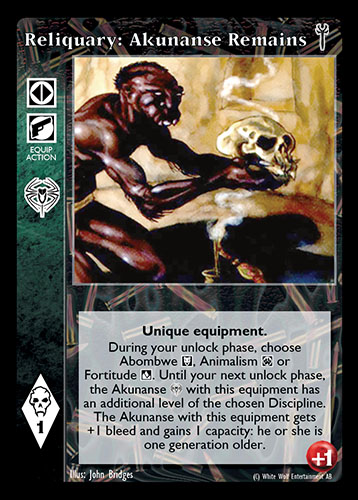 A good equipment: a permanent +1 bleed for 1 pool is good, plus the discipline boost is excellent for low capacity vampires. 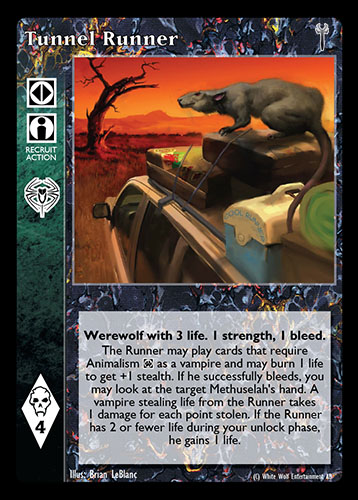 He can be used as the main minion of the deck for good stealthed bleeds, his ability can be used more than once in a turn, allowing it to get +2 stealth. He is expensive, though — he becomes really efficient partnered with Jacob Fermor in the Team Jacob archetype. 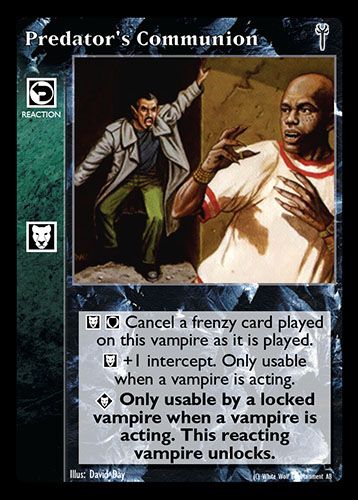 Wake and intercept bundled in a single card: an excellent reaction for any intercept module. This card, combined with the combat-efficient f discipline of the clan, explains the success of wall archetypes in the Akunanse clan. 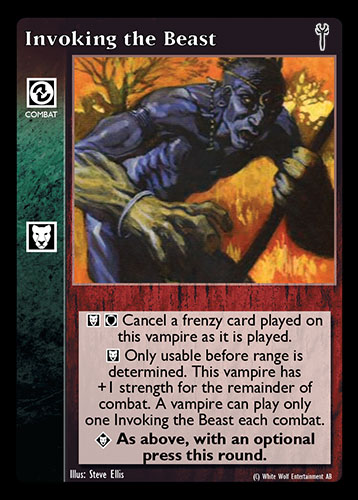 A good combat card at no cost: additional damage, plus a handy press that combines very well with Carrion Crows 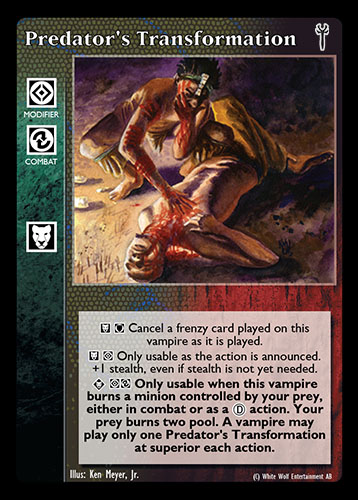 An easy to cycle stealth card, and the only one available for Akunanse. The superior effect may come in handy against weenie constructs. 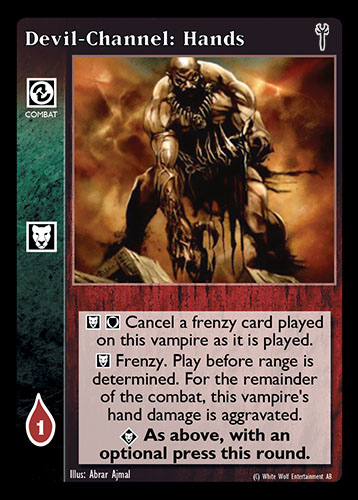 A good combat card, adding aggravated damage to an already efficient combat module. The strength bonus of Invoking the beast applies to it and the press at superior W can be deadly when used alongside Carrion Crows. Finally, it works with a hand strike, so Immortal Grapple is useless against it.