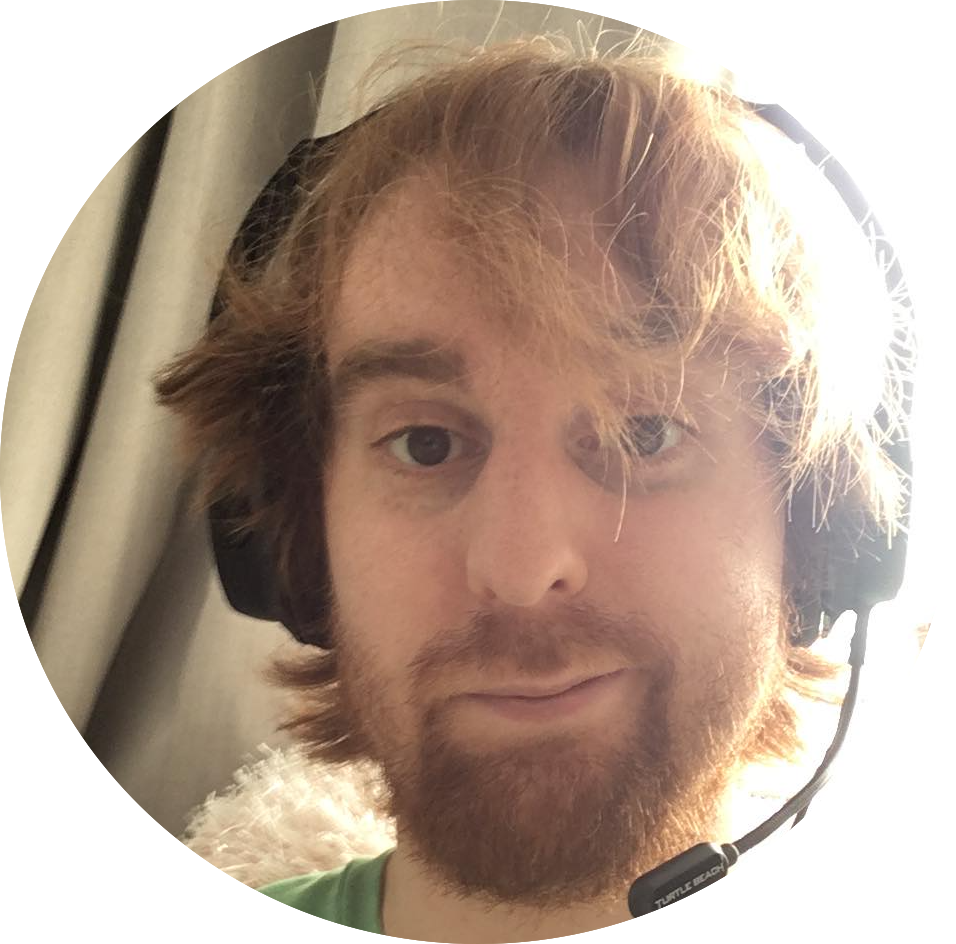 Paul Jones has been playing V:tES for a few years, and became UK National Coordinator in 2020. He is also Prince of Liverpool and fervent Community supporter: he organises weekly game online within the UK community. His favorite decks are Toolbox and Multi-action decks.

Blood and Pool management is an important part of V:tES, but I notice not every player quite understands it. I use all forms of counters, beads, pebbles or whatever to represent blood and pool but often use the term beads to refer to blood and pool, as often how many beads your prey has is more relevant than their location.

When do all beads matter?

The way I see it, there are two ways to play this, either beads matter or pool matters. If you’re playing the new Fifth Edition Malkavian deck (or any other kind of Stealth & Bleed), you won’t care about the blood on your prey’s vampires since you’re planning to walk right by them, and if they do catch you... well, you aren’t exactly going to be taking beads from them in combat! However, if you’re playing the Tremere deck, you’ll be taking beads wherever they are. Both decks oust their prey by bleeding with Govern the Unaligned, but they work very differently.

Combat can go a lot of different ways, so for the purpose of keeping focus we’re going to assume your opponent plays no cards for the combat.

You bleed with Alexander Silverson using Govern the Unaligned and your prey blocks. You play Bonding, making it a bleed for 4 and increasing the stealth. If your prey has intercept, you need more stealth or you’re in trouble. Your best case scenario in a combat is that you maneuver to long and wave at your opponent, or you trade hand strikes for one. This means that you lose exactly the same amount of beads as your prey, but you don’t care about beads, you care exclusively about pool and your prey didn’t lose any.

Let’s look at the same scenario. You bleed with Trevon Parker using Govern the Unaligned and your prey blocks. You play Bonding, making it a bleed for 4 and increasing the stealth. If your opponent blocks, you don’t much care. The Tremere deck actually has a combat package, and you may be surprised at how effective it is. You do one of two things, first is use a .44 Magnum if you’ve equipped it, maneuver to long and shoot for 2. This means whether you resolve the Govern or not, you’re taking 2 more beads from your prey than you’re losing. Playing a Theft of Vitae at close yields a similar result. You lose 1, but take two of theirs.

The examples above show the key difference in the strategies. The Stealth & Bleed deck has the advantage of being able to circumvent all the beads piled up on their prey’s vampires, but relies completely on being able to resolve their actions. The Tremere deck uses a tactic known as grinding, wherein whatever the result is of the action, you take more beads than you lose.

Why not just ignore blood and go straight for pool?

Well, both strategies have their flaws. The biggest flaw with the Grinder strategy is that if you keep getting yourself into fights, you run the risk of losing them. Combat is like a whole other game within the game, and anything could happen. Combats get messy, and a lot of players can get excited and torpor your vampires because they want to cycle cards or they don’t realise how it’ll impact table flow, or simply because you deserve it and they need to.

Stealth & Bleed decks mostly avoid the complexities of combat, and have the huge advantage of being able to ignore the beads on vampires. However, this in itself becomes a huge flaw. Refusing to interact with your prey’s vampires means they have all the blood they need, and you’ll find yourself bleeding the hell out of your grandprey as you hear the word Deflection said over and over. Grinder decks aren’t as bothered by Deflection since it still costs their prey a bead and they use very little stealth, meaning their grandprey can block. I could talk for a while about how not planning for combat leaves you vulnerable to Bum’s Rush decks or how you’re in trouble when The Wall finally catches you, but I'm about to tell you the biggest downside... %(villein)s! The brutal truth is that you can’t completely ignore the beads on vampires because beads can be moved. leeching cards like Villein, Blood Doll, and so on allow Methuselahs to take that blood back to their pool. Which brings me to my next question...

What does a Vampire cost?

I often hear players talk about vampires capacities as a cost, especially amongst players with a history in other card games. It’s not quite so clear cut in V:tES, pool isn’t spent to get your crypt out, it’s invested! Sure, there are times it can cost, such as crypt accelerant card Zillah’s Valley meaning you spent 1. But have you spent 1? You’re balancing what you’ll gain getting the vampire out quicker versus what you’ll lose if you don’t. Zillah’s Valley is usually in decks that run bloat actions like Govern The Unaligned or Parity Shift, where you’ll get more back than you paid. The point is, vampires don’t tend to cost you beads, and for when you need that blood to become pool, you’ll already have a bunch of cards in your deck to help you do that.

Let’s look at an example of how a vampire can pay for itself and net you beads. You transfer out Mary Anne Blaire, on your next turn you play Villein taking back 5. Minion phase, you use her special ability to put two blood down on a younger uncontrolled vampire, you then Freak Drive, and then Govern the Unaligned at superior D. In this example, 5 of the invested beads are already back in your pool, and at the cost of 2 blood, you’ve created 5 more blood on an uncontrolled vampire. With her being a 10, that means your 4 transfers would get you out whoever you blooded that same turn. Mary hasn’t cost you 10 pool, she’s gained you 3 beads and a new vampire.

What am I supposed to do with this information?

There’s a lot of elements to V:tES and many players seem to forget the maths. You need to crunch the numbers, just make sure you’re looking at the right numbers.

The Coven vs Smiling Jack

These two cards show the distinct differences in the styles. The Coven gives you 2 beads every 5 turns, but gives out 8 beads to the table before you get it back. Smiling Jack takes 4 beads for every 1 you spend, but the other players choose where the beads come from. If you’re playing a Stealth & Bleed deck and there is a Smiling Jack on the table, your prey is going to take beads off their vampires and you’re not going to see any benefit, but if there’s a Coven on the table, you’re going to see no downside. This is in stark contrast to the Toolbox deck who will decimate their prey with a Smiling Jack but burn out against The Coven.

If you’re planning on building a deck that ignores beads and looks just at pool, you’ll need to plan for it. Make sure you hold your Sudden Reversal or Wash until your prey tries to leech beads off their vampires, otherwise you’re losing your biggest advantage. Pay attention to bead movement over bead gain. For example, if your prey plays a Parity Shift to take 3 pool from your grandprey, it’s still just 3 beads you have to take. If it’s the difference between an oust, you’ll want to vote it down, but in other circumstances it could favour you to weaken your grandprey (especially if they’re an Auspex A deck).

Make sure your prey always loses more beads than you do. Avoid fights you think you’ll lose. The biggest thing I can advise here is block your predator only when you need to. It doesn’t matter as much about your predator losing beads yet, if you can block a bleed and ping them with a .44 Magnum, walking away unscathed, then that’s fantastic! However, if you’re being bled for one and they have the .44 Magnum, you’re doubling your bead loss. If you’re running cards like The Rack, make sure you can protect it! Focus on numbers, an early Hunting Grounds is a no brainer as a target for your Wash. Destroy your predator’s Army of Rats. Make sure you keep as many beads as you can, and take as many to the left as possible.

There’s much more we could say about how to play each deck, but for that, check the archetypes section.