The True Brujah and their unique ? discipline have some powerful vampires among their ranks. The use of Summon History to put vampires or allies into play fast and cheap has given birth to interesting decklists, like Fernando Grossi's deck from 2011. 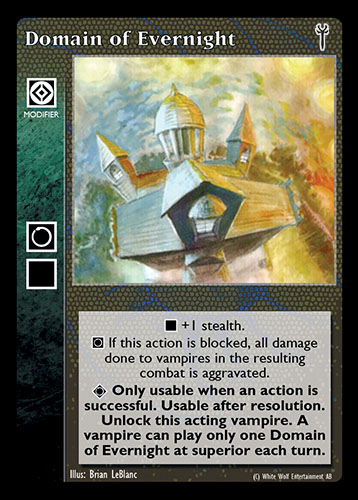 Often played for its additional stealth at inferior o outside of the clan, its ? and ! effects makes it a useful tool in virtually all True Brujah decks. Combined with Outside the Hourglass, it forms the most dreadful combat combination of the game. 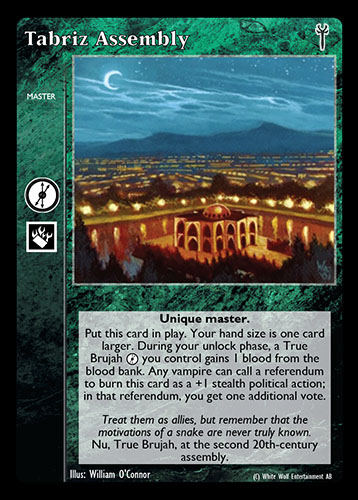 A Hunting Ground giving +1 hand size at no cost is awesome, the fact that it is removable is not really an issue. 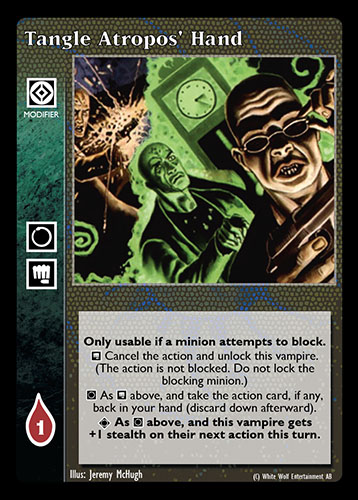 An excellent stealth device at superior !, as it not only adds stealth but also tends to consume wakes on the opponents side. The p is useful when a bleed is bounced: a block attempt, even non succesful, allows it to cancel the action. 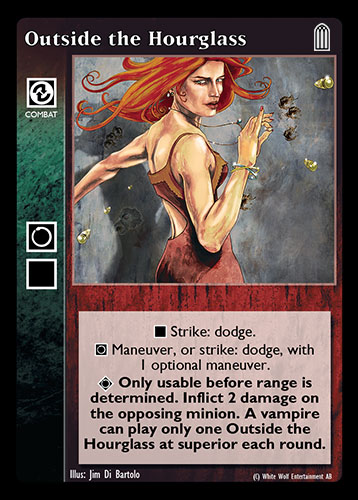 Outside the Hourglass
played in 17 decks, typically 6-11 copies 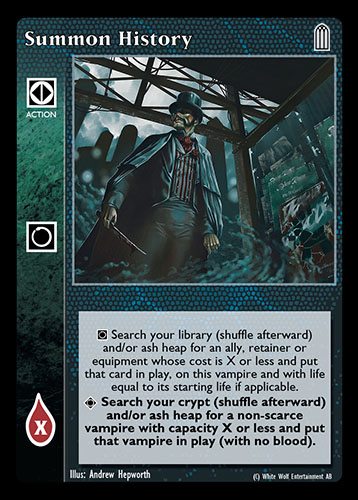 A unique effect both at inferior ? and superior !. Combined with The Ankara Citadel, it can put allies and vampires into play for half the price. 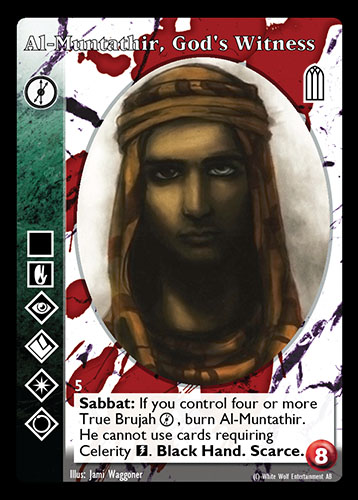 The most played vampire of the clan, its superior F is often the reason of its presence in a crypt. As True Brujah are scarce, the ability to play Freak Drive is a good asset.

Also used in o constructs to help get more vampires out of the crypt, its superior ! effect is an obvious A&B increase at a very cheap cost. 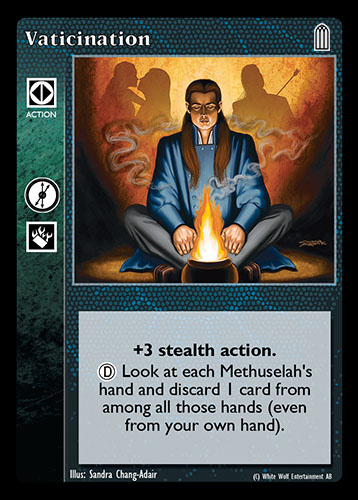 An excellent clan card: the +3 stealth bonus makes it virtually unblockable, and its effect is excellent at controlling the table. Both neighbours can quickly loose their bleed bounces or lunge cards, plus it can be used to deal across the table.