The Toreador and their antitribu are a prominent clan in tournaments. They gave birth to two archetypes: using Toreador Camarilla Royalty and Jost Powerbleed using antitribu and their clan cards. Moreover, they are used in numbers in the Weenie AUS archetype. 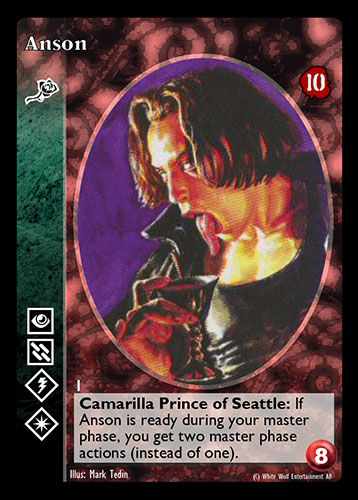 The definite star of the clan, his rare ability can completely reshape the way Master cards are handled in a deck. Using some Ashur Tablets with him becomes very efficient. 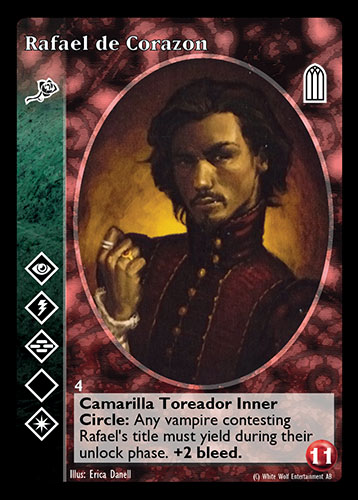 With its superior O and D over its already powerful clan disciplines, he is the most played Inner Circle after Lutz von Hohenzollern, a vampire he often accompanies anyway. 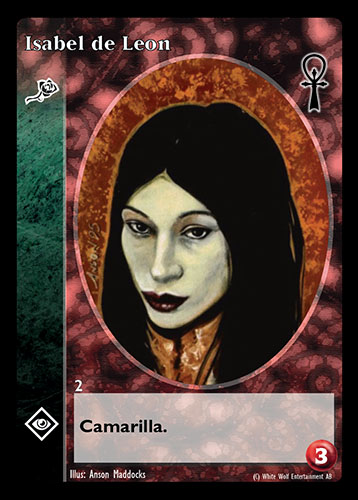 The cheapest A pool can buy. An easy inclusion in many constructs. 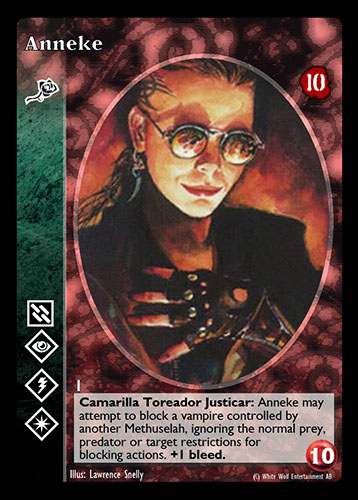 Second "A" of the AAA after Anson, her +1 bleed and unique ability to block cross table makes for a nice package in any construct with intercept capabilities. 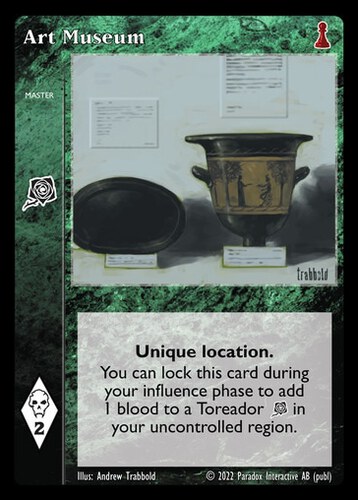 A nice bloat card providing 1 pool per turn, it can help get vampires out faster if it is drawn early on. 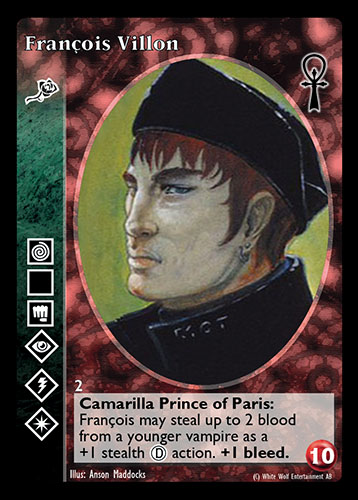 Often found algonside Anson and Anneke, his title combined with his nice ability makes for a good option.

A cheap A vampire with access to a useful inferior r, he gets included in many decks. 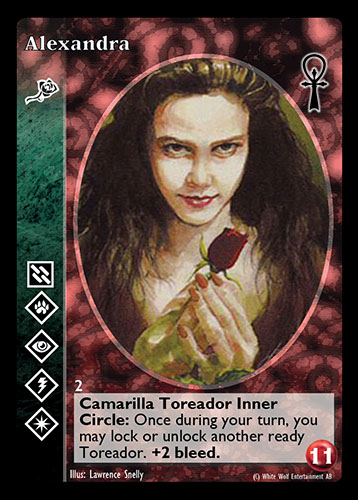 Last "A" of the AAA alongisde Anson and Anneke, her bleed bonus and title are good and her special unlock ability is very strong. 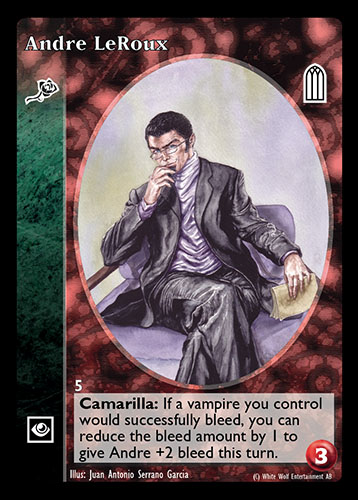 His unique ability makes him a good addition in many construct hoping to get an open road for bleed actions at some point. 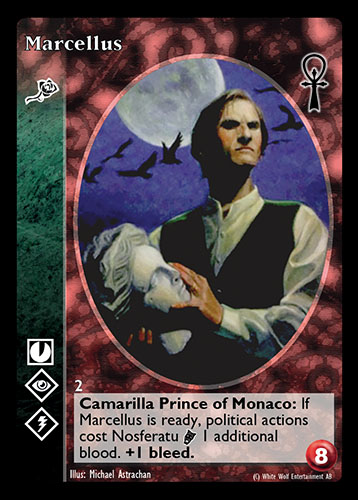 A decent price for a Prince with this AC disciplines. More often than not, he is seen using range weapons like the .44 Magnum. 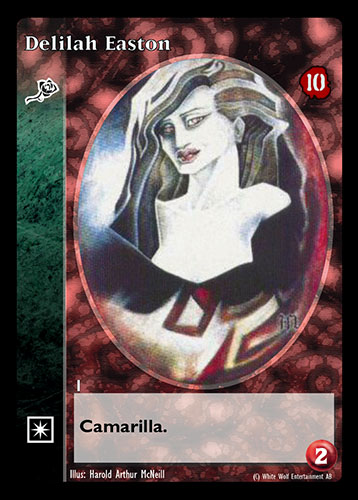 A cheap r vampire who finds her place in many decks. 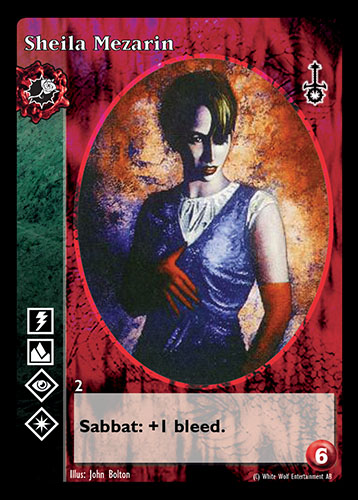 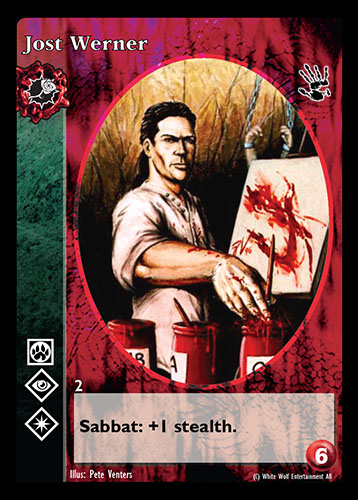 The bonus stealth is quite strong combined with R, and the pool cost not so high. 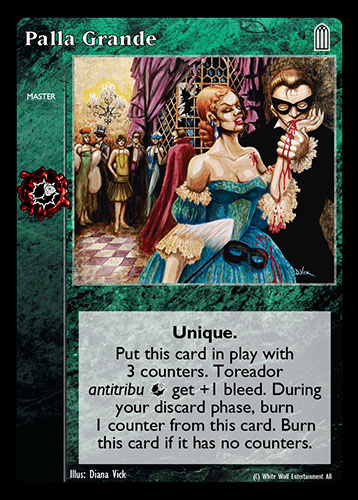 The most played clan card for Toreador antitribu, it is an easy way to improve bleed for all vampires. The card is generally played in multiple copies in the deck, so as to make sure its destruction is not a stopping point for the construct. 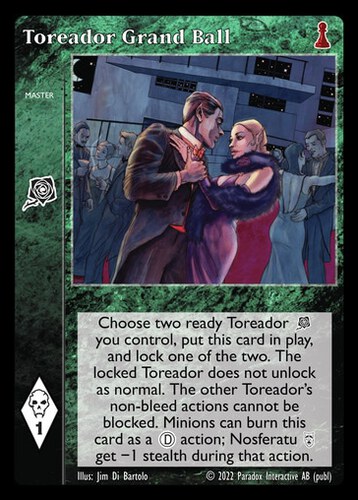 An iconic card of the Toreador clan, the cost of having a vampire locked is high, unless used in cunjonction with Alexandra. Anyway, even at this cost, making sure actions get through without even using stealth is very strong. 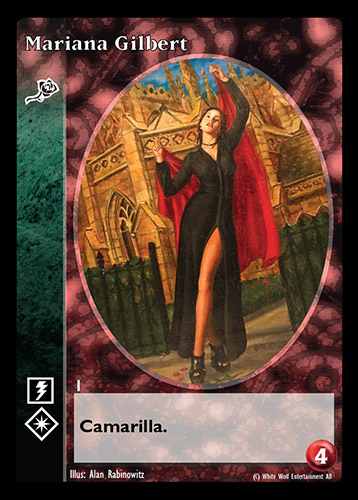 A cheap price for superior R, she gets included in many decks.