The Followers of Set and their unique s discipline are devious experts of sin and stealth. They have given birth to ecclectic decks around politics and mummies but their most successful archetype is the Bima Dominate, using the Bima ally with d. 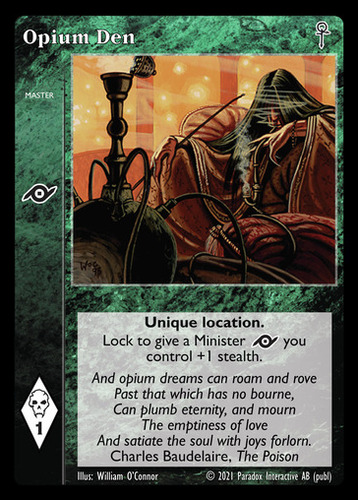 A nice permanent stealth enhancer at a low cost, a must have for the Followers. 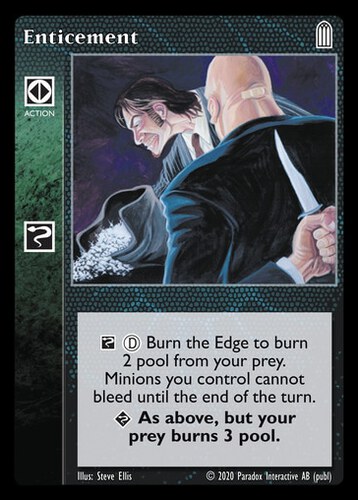 Pool damage without a bleed: this makes it impervious to bounces and other anti-bleed tools. 2 or 3 copies of the card to avoid a bounce on a lunge is common. 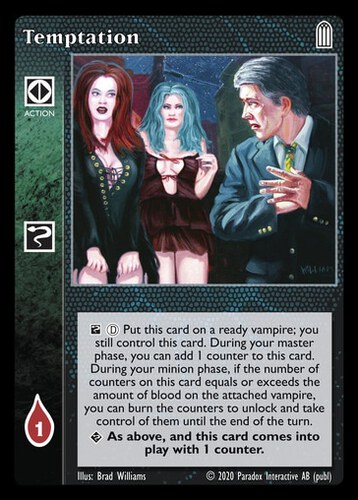 A versatile, if tricky, card. It can even be put on one's own vampires to get two actions in a single turn from time to time. On an opponent's vampire, he will think twice before getting too low on blood. 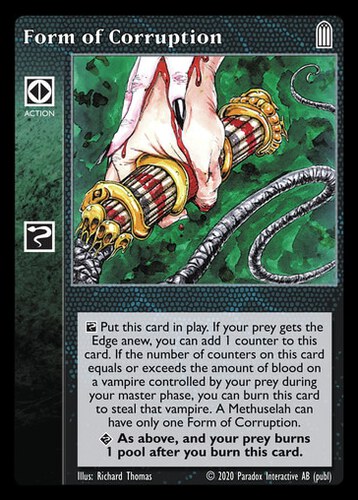 This can be a serious blow to a prey if it put into play early enough. Only a few cards can change the control of a vampire permanently. 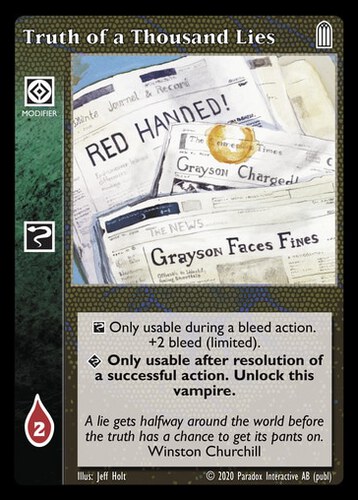 Truth of a Thousand Lies
played in 32 decks, typically 2-6 copies

Although costly, this is a very versatile tool — enhancing bleed at s or getting another action at S are both excellent. 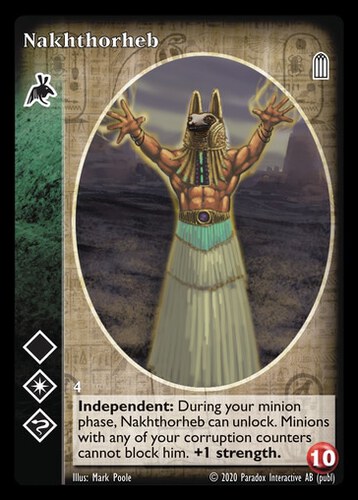 A star among the Followers, his ability to get two actions in a single turn is a serious asset. 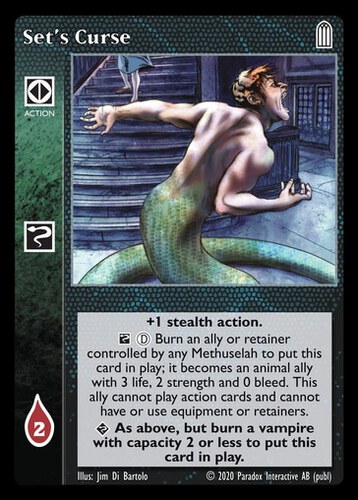 An excellent action against allies and breed constructs, it can get rid of a minion in a single blow, and give a minion back. 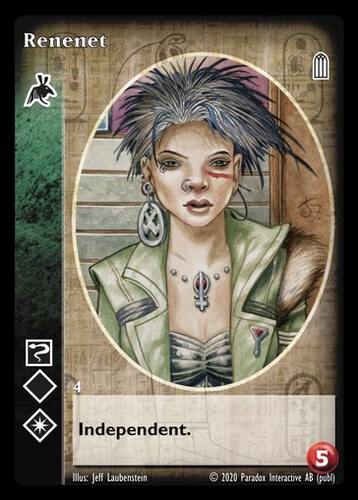 A powerful disciplines combination for just 5 pool. She can even find her place in a mono r deck.