Assamite and their unique q discipline provide some good clan cards and multiple strategies usually revolving around o for stealth. This clan has four main archetypes: 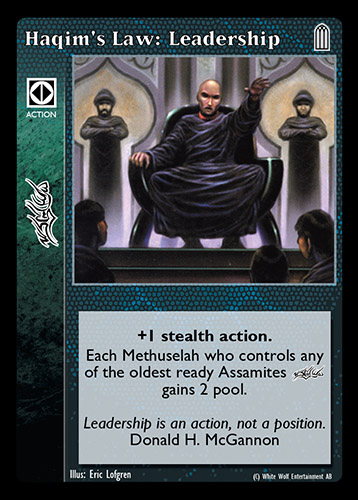 A good action card for bloating. Assamite decks are rare, and most of them built around breeding. This action makes good use of the many low capacity Assamites one can have in this context. Even just a few copies already make for a good bloat. 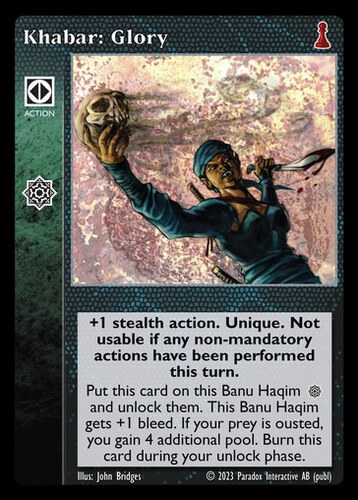 A bleed enhancer with a 4 pool bloat bonus if timely played. Most Assamite decks include one or two of these for the lunge. 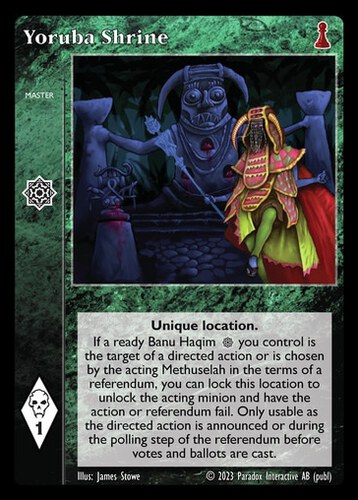 An excellent defence against rush actions, but also against Banishment, an all-too-common option in big capacity vote decks. The cost of 1 pool is fairly low. 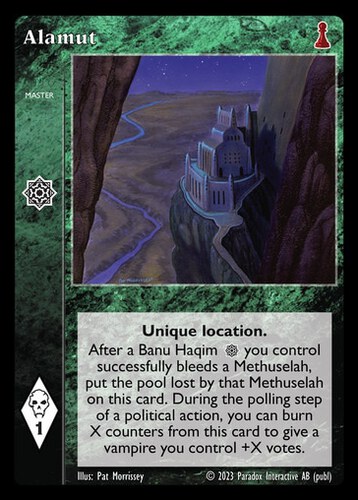 An excellent vote enhancer at a fair cost for any archetype. It is played for additional votes in political decks, but also as a defensive tool against political actions in other decks. 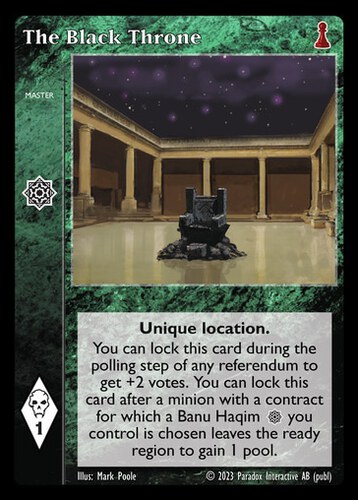 Another cheap vote enhancer, 2 votes for 1 pool is quite worth it. The contract part of the card is seldom used. 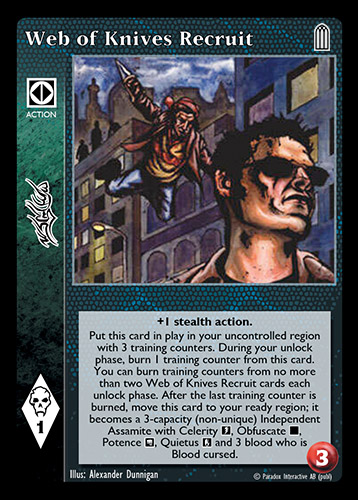 An interesting breeding card: it is a bit slow as the new vampire only comes out after 3 turns but, on the other hand, the neonate has the three clan disciplines qoc at basic level and three blood, all for the low cost of 1 pool. 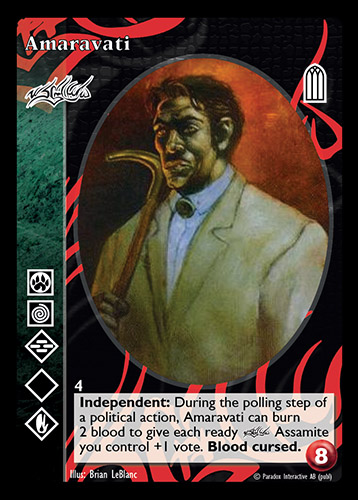 The star of the Amaravati Politics archetype, combined with Web of Knives Recruit, Alamut and The Black Throne, he builds up a strong vote lock. Moreover, his superior D gets him bounce reactions like Deflection. 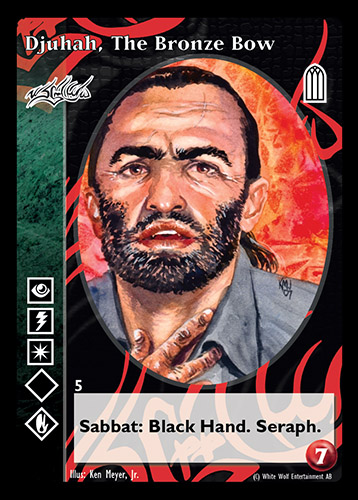 One of the best Seraph of the game, Djuhah also has good company in his clan as 5 Black Hand Assamite are available in groups 4 and 5. This led to the Assamite variation of the Black Hand swarm archetype. 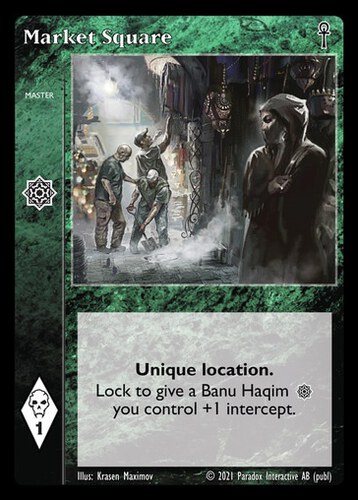 An excellent permanent intercept at low cost. Used in all Assamite decks when blocking is an option. Swarm builds have no use for it though. 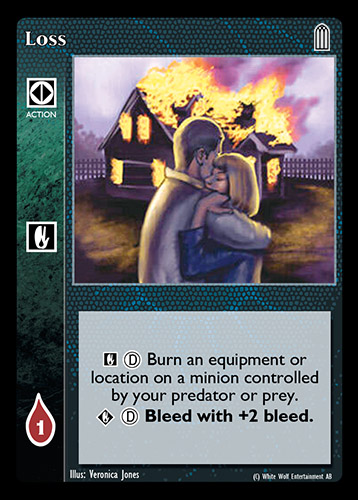 A strong bleed action, played in most Assamite decks. The inferior q option can also come in handy. 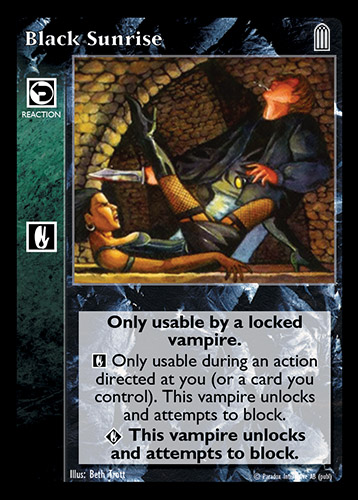 An excellent reaction, which actually unlocks - not just wake - the vampire. This can be better as the vampire stays unlocked if he fails to block the action, but being forced to block can be tricky if the goal is to bounce a bleed. 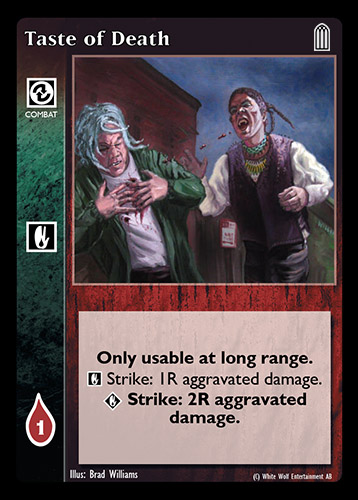 Worth mentioning as it is the most played q combat card, it is still hard to include as excellent range management is necessary to make it work. Selective Silence is a good option, but two cards and two blood is a high price to pay for it.